The 2020 Urban Land Institute (ULI) Spring Meeting scheduled for May 12-14 at the Metro Toronto C... 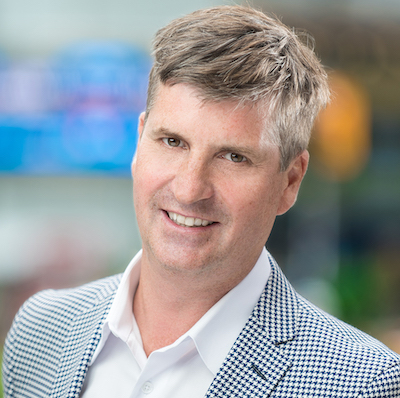 The 2020 Urban Land Institute (ULI) Spring Meeting scheduled for May 12-14 at the Metro Toronto Convention Centre is expected to be the institute’s largest-ever gathering.

“It’s an opportunity to advance our global mission, which is to advance the responsible use of land,” ULI Toronto executive director Richard Joy told RENX.

ULI, the oldest and largest network of cross-disciplinary real estate and land-use experts in the world, hosts annual meetings in the spring and fall. The ULI Spring Meeting is only for full members and attracts the most senior representatives from the organization’s 70-plus district councils in North America, Europe and the Asia Pacific region.

“It’s a pretty big moment for our industry and our city to have this kind of audience of this size and seniority, with an international make-up,” said Joy. “It’s not every day that we play host to this kind of an activity with these sorts of people.”

The Toronto ULI chapter just passed Los Angeles to become the fourth largest in the world, which Joy said reflects the Greater Toronto Area’s status as the fastest growing urban region in North America and Europe.

Vancouver is the only other Canadian city to host the ULI Spring Meeting, having had the honour in 2014.

A target attendance of 3,800 people was set for this year’s ULI Spring Meeting, and registrations are so far at more than 60 per cent of that total. Joy anticipates the final number of attendees will be more than 5,000, which would surpass the previous high total of more than 4,300 last year in Nashville, Tenn.

While most ULI Spring Meeting delegates will be from North America, representatives from around the world will come to Toronto for three days of education, deal-making and networking.

ULI Spring Meetings are broadly focused and don’t have specific themes. Joy said the topics of discussion at this meeting will include: affordability; resiliency and global climate change; mobility and transit-oriented development; liveability; and the intersection of technology and real estate.

Sidewalk Toronto has a lot of interest

Joy said nothing in Toronto has grabbed the attention of ULI members internationally like Sidewalk Labs’ proposed Sidewalk Toronto development for the city’s eastern waterfront. The proposal would create a technology-driven neighbourhood that includes heated and illuminated sidewalks, affordable housing, tall timber structures and innovations to support sustainability and environmentalism.

Sidewalk Labs is owned by Google’s parent holding company, Alphabet Inc. The proposal has sparked significant debate regarding the potential use of data which would be collected from site residents and visitors, and the demands it could place on the City of Toronto.

Waterfront Toronto, whose mandate is to transform the city’s waterfront, recently extended its deadline to decide if the Sidewalk Toronto project will move forward from March 31 to May 20.

The ULI Spring Meeting will feature a “fireside chat” between BNN Bloomberg anchor Amanda Lang and Sidewalk Labs chairman and chief executive officer Dan Doctoroff, as well as five Sidewalk Labs tours. Joy said there are more than 60 ULI product councils, which are each comprised of about 50 senior executives, and nearly half have asked for an audience with Sidewalk Labs.

Toronto has a lot to offer

The GTA has a lot more going on than that one proposed project, however.

Joy believes ULI Spring Meeting attendees will leave with a much better understanding of the “sheer volume of growth over several decades, the complexity of our story in terms of the many, many different approaches to city-building, our success in achieving incredible mixed-use and transit-oriented development and density in the core, and suburban density.

“The suburban story, in many ways, is going to be one of the biggest surprise stories for people who aren’t realizing what’s happening with Vaughan Metropolitan Centre, Markham, Brampton and Mississauga. Those things aren’t happening in U.S. city regions the way they’re happening here.

“No one is coming expecting to see that, but I think they’re going to be very surprised when they do.”

Joy thinks delegates will also be impressed by the diversity of Toronto and how well it has leveraged and integrated immigrants to become an “incredible strength.”

“It’s a cross-section of people that reflected our diversity professionally, and with two men and two women, which is a very important point because we have the highest percentage of female members in the entire ULI global network,” said Joy.