Calabrio, a  Minneapolis-based customer engagement and analytics software company, has become one of the latest examples of the Vancouver tech sector’s hunger for more talent and workspace. 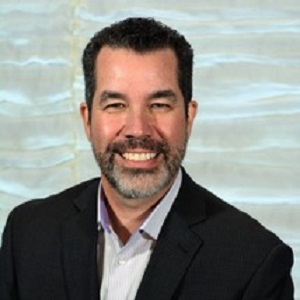 The company has opened a new Canadian headquarters in Vancouver’s downtown financial district, expanding its floor space, staff and moving into the Bentall Centre complex. The space will double as Calabrio’s Centre for Excellence — serving as home to an existing Vancouver team tailored for business intelligence and data analytics services.

Calabrio called the move an expansion essential to accommodate the doubling of its staff since it opened the centre in April 2017.

“This is an exciting milestone for Calabrio,” said Tom Goodmanson, president and CEO at Calabrio, in a prepared statement. “The innovation ignited by the Centre of Excellence team benefits our customers by turning customer and employee data into valuable insights and has been instrumental in our continued growth.”

He said the centre will now be paired with the company’s Canadian headquarters.

The company was previously located at a small office in a building at the corner of Thurlow and Hastings Streets, said Richard McElroy, who leads Calabrio’s Vancouver operations.

About 15 people worked at that space. “Within a year, we’ve doubled that,” he told RENX in an interview.

They now have 32 full-time workers in the 6,000-square-foot office at the Bentall III tower at Dunsmuir and Burrard Streets, he said.

“Now we’re on a single floor,” he said “We’re optimized in terms of integration. That’s why we’re here.”

He said the company plans to add another two staffers in short order, and to double its Vancouver workforce within the next year-and-a-half.

The firm provides analytics data for customer service call centres. It has about 6,000 customers around the world, including TD Ameritrade and many other financial services firms, McElroy said.

Among its services is a portfolio of products called Calabrio One, which includes call recording and call management systems; workforce management programs; customer voice analytics; and business intelligence reporting and analytics — the Vancouver team’s specialty.

In the thick of Vancouver’s tech scene

McElroy said Vancouver has emerged as a significant hub for software development, and Calabrio wants to be in the thick of it.

“Companies . . . are here like Amazon and Salesforce and SAP and Microsoft,” he said. “It presents a really good foundation for technology and software talent. People will often ask me, well, aren’t they competitors? Aren’t they vying for that (talent)?”

Instead, the emerging ecosystem has created a strong pool of talent to recruit from, he said.

“It really is a better way for us to recruit the top talent that we want,” he said. “The Calabrio way is a really good one and we can attract talent from those really big (firms) for various reasons.”

Calabrio has even more ambitious expectations beyond the next couple of years for the local contingent.

“We are investing heavily in building-out our capacity and bandwidth and talent in Vancouver,” McElroy said, noting the long-term expansion plans could be “significantly bigger” than the short-term goals.