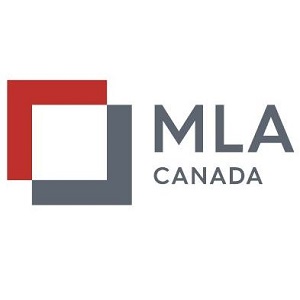 “We’re seeing intense market pressure, price escalation and also [an increase] in buyer demand in essentially every community throughout the Lower Mainland,” said Ryan Lalonde, BLVD’s former founder and now the co-president at MLA Canada. “I would say the market seems as active or as hot as it ever has been.”

Lalonde said the first quarter of this year has been trending a “little slower,” with about 1,300-1,400 new condo units coming to market. The next three months, however, will mark a surge in new condos.

“From our expectations and early intelligence, it appears that there’s going to be approximately 4,500 new homes going to come in the second quarter of 2017,” said Lalonde, adding the vast majority will be pre-sold.

There are currently about 170-180 new multi-family projects underway in the region, he said. “That’s a combination of concrete and wood frame in a variety of marketplaces throughout the Lower Mainland.”

Lalonde said about half of those 4,500 condos are rising in transit-oriented developments in Burnaby, Burquitlam and Coquitlam. They’re near  high-density transit nodes now benefiting from the new SkyTrain Evergreen Line that links Coquitlam to downtown Vancouver, via Port Moody and Burnaby.

“Those neighbourhoods over the past three years have come alive,” he said. The amenity mix in an area like Brentwood Town Centre or Burquitlam has improved, he added, while condo units remain cheaper than in Vancouver.

Together, they form the largest real estate marketing organization in Western Canada with about 80 ongoing projects and 110 sales and leasing staff in Metro Vancouver, the Fraser Valley, Victoria, Edmonton and Calgary.

As lawmakers in Ontario and in Victoria consider similar taxes to the one slapped on foreign buyers in Metro Vancouver last year, Lalonde feels the 15% tax has had little effect on the condo market to date.

“I think that we live in a city that is world-class and I feel like the amenities, the way of life, the culture, the diversity — I think all of that creates a very unique offering that I think a lot of residents take for granted,” he said.

Any temporary dip in the market associated with the August 2016 implementation of the tax has now levelled out.

“The impact of the overseas transactions is less than we all anticipated and there’s intense buyer demand from locals and interprovincial immigration,” he said.

The policy was likely misplaced, and further government action should focus on boosting supply and housing diversity in Vancouver, he said.

Meanwhile, Vancouver realtor Steve Saretsky earned attention this week with a fiery blog post in which he claims the foreign buyer tax has pushed speculation directly into the condo market.

In the April 7 post, Saretsky, a broker with Sutton West Coast Realty, said bidding wars are “ravaging anything that resembles four walls and a roof.”

Record supply that’s under construction is being sold mostly offshore, he said.

“Similar to a Ponzi scheme, pre-sale condos are sold to offshore investors who generally buy multiple units at a time and later assign or ‘flip’ to local buyers at an inflated cost.”

B.C. legislation that prevents sales contracts from being assigned, or flipped, without consent of the seller, does not apply to pre-sale condos. And pre-sale condos are also not subject to the region’s foreign buyer tax.

“Once assigned to a local buyer at a higher cost, it’s easy to avoid capital gains tax as nothing ever registers in land titles office,” Saretsky wrote.

“Pay deposit increments of 5%, if the market tanks, one simply walks away from the 5, 10, or 15% worth of deposits,” he wrote. “If the market continues to boom you flip it for an easy profit and dodge capital gains tax. Good luck tracking down an international buyer living in China, he’s long gone.”

Lalonde maintains a rosier perspective about the market. “Assuming that home ownership is something a person is really interested, I can’t think of a lot reasons why you might not consider the housing market today,” he said.