Advocates for both Vancouver’s housing tenants and the city’s landlords are worried about how new online rental home bidding apps like Vancouver-based Biddwell and American-made Rentberry will impact the already-overheated housing market. 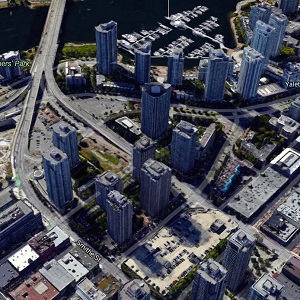 Local representatives from the Tenant Resource and Advisory Centre (TRAC), and Landlord BC aren’t waiting for data. They are blasting the new technologies based on assumptions they will boost the cost of rental housing.

Andrew Sakamoto, TRAC’s executive director in Vancouver, said it doesn’t support either site, or the concept in general.

“It’s an attempt to exploit tenants during a time when the vacancy rate is at an extremely unhealthy level,” Sakamoto said in an interview. “It encourages price gouging. It encourages the commodification of housing.

Sakamoto said TRAC has received calls about the apps, but he didn’t specifically say how his organization measures Biddwell’s impact on prices. Metro Vancouver’s current rental home vacancy rate is around 0.6 per cent.

Opposition to the technology is also being waged by Landlord BC, the advocacy organization for landlords in the province.

“We’re strongly opposed to them. Plain and simple,” said David Hutniak, LandlordBC’s CEO. “When you look at where our market is . . .  this is just (a) completely inappropriate time to even contemplate these sorts of apps.”

Biddwell launched a beta version of its application last summer. It now has 14 employees in Vancouver and has listings for 500 homes in Vancouver, Calgary and Toronto, co-founder/CEO Jordan Lewis told RENX in an interview this week.

Users can search Biddwell’s database of listed apartments, condos and townhouses, which have posted asking rents. The renters can then bid on the homes within a specific time frame. The bids are not disclosed to others seeking to secure the property.

A Wednesday search of Vancouver listings on the site turned up 104 homes. The most expensive asking rent was $7,500 for a three-bedroom townhouse in Kerrisdale. The cheapest was a one-bedroom apartment on Kingsway for $1,000.

Lewis said Biddwell doesn’t aim to boost rents, and in some cases the winning bid actually comes in under the posted asking price. Rather, the site aims to give qualified tenants additional tools to negotiate directly with the owner.

“All real estate transactions typically allow a negotiation. For whatever reason, the rental market was a bit different,” he said. “The status quo in the market was that owners or property managers would just set a rate that they wanted and then the tenants would compete to try to get that property, but at no point would they have any dialogue related to pricing.”

Over the last year, Biddwell has added elements such as conditional offers, pre-pay plans, terms modification, and renter resumes for owners to view. Lewis said these new elements can boost the renting power of the applicants.

According to Lewis and Rentberry’s own press releases, the Silicon Valley-based app operates differently. Rentberry also facilitates bids by renters for housing, but also displays those bids on the site for all to see, meaning bidding wars are much more likely.

Rentberry co-founder Alex Lubinsky was not immediately available for comment. Lubinsky has been soaking up press south of the border, however, including in The Wall Street Journal, CBS and The Independent.

Lubinsky frames himself as controversial and has announced a bold expansion plan across the U.S. He said the site includes more than 100,000 properties and its user base is growing by about 40 per cent, month over month.

With Rentberry, owners choose the best offer based on the bids and the renter’s public profile, which is included on the site.

It also charges users a $25 fee, but in the future, it plans to charge 25 per cent of the difference between the asking price and the agreed-upon rent, according to media reports.

No Canadian listings are currently available on Rentberry’s website.

Back in Vancouver, Hutniak said he has heard “neither hide nor hair” of Biddwell since it relaunched last summer.

“When that app came out, we just said ‘we do not support that,’ ” he said. “It’s just not something that we endorse. I think it’s categorically unfair to renters.”

Lewis, however, disputes the notion Biddwell leads to bidding wars.

“That’s a really sensitive thing, and we didn’t want to artificially inflate rates,” he said, highlighting that factor as the reason to switch to private bids. “Our goal is just to give tenants a negotiation with owners.

“Tenants are aware of demand, so they can go to the listings page and they’re actually shown how many offers have been placed,” he said. “It gives them a general sense of where things are, without artificially inflating that price point specifically.”

He said Biddwell is now working on expanding the service into California.

“Rentberry and Biddwell are different,” he added. “In a city like Vancouver, Rentberry’s idea of an open auctioning platform probably wouldn’t go over very well. We know that firsthand.”