The office market in downtown Vancouver is so strong fundamentally, it is likely to pick up almos... 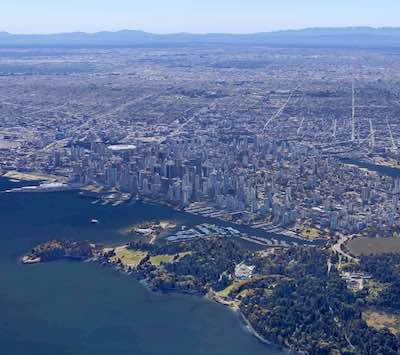 Vancouver has an ocean on one side, mountains on the other, a temperate climate and is one of the top-rated tech markets in the world. These factors will all help its office sector easily ride out the COVID-19 pandemic, a new CBRE report suggests. (Google Maps)

The office market in downtown Vancouver is so strong fundamentally, it is likely to pick up almost exactly where it left off as the British Columbia economy emerges from the COVID-19 pandemic, says a report this week from CBRE.

Tony Quattrin, vice-chairman of capital markets for CBRE in Vancouver, told RENX even a conservative forecast of the pandemic’s impact barely leaves a dent the city’s office space crunch.

The report suggests the downtown market could rise from 2.2 per cent vacancy to seven per cent by 2024. However, that is still shy of the eight per cent mark which the industry generally considers a “balanced” market.

“When we went into this, we were very strong. That market was so poised, positioned, so structured as a landlord’s market, probably better than any single market anywhere, any major city from New York to Beijing,” Quattrin told RENX.

“We were the strongest office market anywhere.

“When you start from that base, you can absorb a lot of shocks.”

Across Greater Vancouver, the pre-pandemic rate wasn’t much higher at just above four per cent. About 3.9 million square feet is under construction and two-thirds of that space is pre-leased, in some cases several years before those buildings will complete.

Leasing rates were, to be blunt, going through the roof.

“That two per cent was almost unsustainable and Vancouver was building almost four million square feet of space to alleviate that,” Quattrin said. “But, rental rates had accelerated in the last 18 months more than they had at any time in history in Vancouver.

“My leasing team had these statistics where average rates across all classes of buildings, including inducements, were somewhere around $24 (per square foot) and they went to $32. That has never happened.

Much of that was driven by the city’s exploding tech sector.

“It’s tech everywhere,” Quattrin said. “All these companies were moving to Vancouver because it’s a great place to live. New technology companies are coming. Amazon took a million square feet all by themselves.”

The report notes a few immediate effects of the pandemic.

One is an increase in sublease space on the market, which has increased from 37 blocks to 90. That represents an additional 500,000 square feet, and increases downtown vacancy to four per cent. 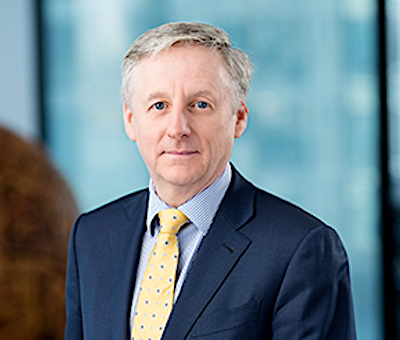 “That’s still one of the strongest office markets anywhere on the planet. You pick up the phone and call a guy in Philadelphia and he’d kill for four (per cent vacancy). He’s never seen four in his entire life,” Quattrin said.

Only five of these spaces are 20,000 square feet or larger, and only six are larger than 10,000 square feet. He expects that space to disappear in perhaps six months once the recovery picks up steam.

Sublease space, however, isn’t a long-term solution for many companies because of the uncertainty of what will happen once the lease ends. Most subleases are also short term, from one to three or four years.

“Guys that might’ve gone into WeWork or Spaces, the co-working or flex office spaces, they might take a 3,000-square-foot unit that’s all furnished ready to go, just move in, at half the market rate,” he suggested. “Startups, or the guy next door who might be in expansion mode, or already in the building and you get 5,000 square feet upstairs at half the rate, or a quarter of the rate, that’s the kind of guys who might move into that.”

Quattrin said these types of firms still exist in Vancouver.

Why so optimistic about Vancouver?

In the report, CBRE takes this space and factors in projected future growth at half of the pre-COVID rate. When future delivery of the 3.9 million square feet of office space under construction is also considered, it leads to a vacancy rate of about seven per cent in 2024.

The reasons for such optimism in the forecasts cover a variety of factors. First, Quattrin said Vancouver ranks at or near the top of virtually any survey of tech-related job and growth markets.

There is no indication the pandemic will cause long-term problems in that sector — in fact, it might accelerate growth for many tech firms.

The sector has been driving the office demand for several years.

“These tech companies are still going to be coming into the market, because Vancouver is a prime destination.

“I don’t want to be glib when I say yes, I think companies are going to take up the space, (but) they are. It was happening before and unless you think you are going to stop emailing, or texting . . .

“Unless you think you are going to throw your iPhone away, this technology is coming and it’s still coming. So yes, there are going to be lots of people to take this space up.”

The Conference Board of Canada projects B.C. will lead all provinces out of the pandemic, forecasting 5.2 per cent growth in 2021.

Greater Vancouver also remains a much less expensive place to operate a business, and to live, than many major U.S. tech markets.

It offers a strong quality of life and is located in a country seen as a very desirable place to live by people from many other parts of the world.

“Then you get back to Vancouver being ranked No. 1 in the world as a tech destination, so what is going to change there?” Quattrin asked. “Are you going to lose your mountains, or your ocean views or your temperate climate?

“None of that is going away.”