B.C. Premier Christy Clark’s surprise announcement to exempt work permit-holders from the six-month-old controversial foreign buyers tax is being welcomed by Vancouver realtors and developers, but they say the government has botched its communications and handling of the policy since it began. 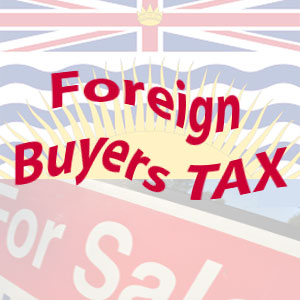 On Sunday, the premier surprised reporters during a scrum in Vancouver’s Chinatown during Chinese New Year celebrations by saying the government plans to axe the 15 per cent extra tax on residential property purchases by foreigners in cases where the buyers have work permits.

The Finance Ministry told Property Biz Canada on Wednesday that more details about the changes will be made available when the regulations are announced. The ministry provided no timeline.

“Impact will be meaningful”

“I do think the impact (of the change) will be meaningful,” said Adil Dinani, a realtor with Royal LePage in Vancouver.

“Obviously there are a lot of issues in the United States right now,” he told Property Biz Canada in an interview. “There is a push (in the U.S.) to hire American right now with Trump’s new policies.

“I think you may see further growth in our tech sector as a result of more protectionist policies in the States.”

Caught everyone off guard

He said the initial tax caught everyone off guard when it took effect in August 2016. “I don’t think it was thoroughly thought through,” he said. “Emotions were running very, very high leading up to August and I think the government felt a lot of pressure form the general public and from a political standpoint.”

He said the tax has had an impact on the regional market, tamping down what had been a home-buying frenzy at this time last year.

“You fast-forward 12 months later to where we are now as a result of the foreign buyer tax, and as a result of confidence being shaken, buyers have time to make decisions.”

Sales decreased by 5.6 per cent

Year-end numbers published by the Real Estate Board of Greater Vancouver do not clearly prove if the tax was effective at slowing down the housing market. Sales of detached, attached and apartment properties in the region reached 39,943 in 2016, a 5.6 per cent decrease from the 42,326 sales recorded in 2015.

Meanwhile, the composite benchmark price for all residential properties in Metro Vancouver ended the year at $897,600 — a 2.2 per cent decrease over the previous six months, but still up by 17.8 per cent compared to December 2015.

In an emailed statement to Property Biz Canada, a finance ministry spokesperson called the foreign buyers tax an effective tool that would continue to apply to speculative foreign investment that can distort the Metro Vancouver residential real estate market.

“We want to make sure B.C. can continue attracting high-skill workers in the tech sector and others, who come here and create more jobs,” the statement said.

“Sectors like the tech industry, advanced education, and others need to draw on expertise from around the world in order to compete, flourish and create more jobs for British Columbians.”

The ministry gave no timeline for further details on the new work permit exemption, but on Wednesday, B.C. Finance Minister Mike de Jong told the Vancouver Sun he is considering refunding the foreign buyer tax to some buyers. He said the refund is one of several options they are looking at.

Failing to include the work permit exemption at the beginning was an oversight, said Vancouver property developer Hani Lammam.

He said the tax has had a marginal impact on their business. “I wouldn’t say it’s dramatic. It had caused the down-sizers to pause and consider whether they’ll be successful in selling their home,” he said. “I think that’s been the trickle down effect that we experienced from it, that it caused the market to pause, but I would say we’re passed that now.”

What about those who already paid?

Lammam said the government needs to properly explain how it will handle buyers with work permits who already paid the tax. “What restitution will there be for those people who either lost out on deposits or had to default on contracts and folks who already paid the foreign buyers tax who really shouldn’t have in the first place?”

The tax has resulted in unintended consequences, said Brad Henderson, the president and CEO of Sotheby’s International Realty. “Anybody that was looking at moving from San Francisco to Vancouver because they wanted to work for one of the burgeoning tech companies in Vancouver would have been affected by this tax,” he said.

“That particular person might have been looking at a $500,000 or $700,000 condo, so to be hit with another 15% as a non-Canadian resident was not achieving the objective that the policy was intended to, which was try to create more affordable housing and try and arrest some of the inflation that we were seeing in the crisis.”