Retail investment in Vancouver surpassed $2.8 billion in the first half of 2017, eclipsing the previous record of $1.6 billion in all of 2016, says a new report by commercial real estate firm CBRE Canada. 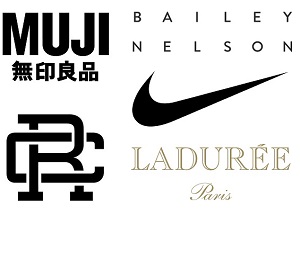 The market is being driven by major international brands setting up shop in the West Coast city and sparking a renaissance in the retail sector.

“Vancouver’s got great traction right now from an international standpoint. We are principally real estate brokers and our phone rings all day long from interested groups but in the last 18 months to two years it’s really transformed into strong international calls,” says Martin Moriarty, associate vice-president of Retail Leasing & Investment at CBRE Vancouver.

“Part of it is Vancouver’s growing reputation in the world. There’s a few things going on here that’s putting Vancouver on the map by way of residential projects, by way of the investment market here. We are also still having some very strong brands emerging for Vancouver.”

The report says five major international brands opened stores in the past year or announced they will be opening soon on Robson Street – Muji from Japan, Bailey Nelson from Australia, Laduree from France, Nike from the U.S. and the Vancouver-based athletic wear designer, Reigning Champ.

On Alberni Street, the new high street for prestige brands, sales exceed that of Toronto’s Bloor Street, with rents escalating up to 50 per cent higher than that of Robson Street, says CBRE.

“As such, the demand for space is exceeding supply. A number of new stores are entering the market – including Van Cleef & Arpels, the French jewelry, watch and perfume brand and Hublot, the Swiss luxury watch brand – with more to follow in the remainder of the year,” says the report.

Moriarty says the expansion of international brands into the Vancouver retail market is transforming the city and brands in major centres such as London, Tokyo, Paris, Geneva and Sydney are attracted to Vancouver’s growing international reputation.

Gastown also saw an increase in the presence of international retailers with COS and Filson opening locations in 2017 and a second Bailey Nelson location to open soon.

Vancouver is proving to be a shining example that although the trend in e-commerce sales is growing, many consumers still prefer bricks and mortar for their shopping experience.

“E-commerce is having an effect, but I don’t think the effect is the termination of the existence of bricks and mortar. It’s changing the way the users and the tenants are operating. We have done a lot of deals with tenants that have tried to up their game by way of the ‘experience’ because that really seems to be emerging as a big thing,” says Moriarty.

“A product is very important but the experience is also as important.”

A recent report by Statistics Canada said population growth is driving a rapidly expanding retail market in the Vancouver region with sales increasing from $22.2 billion in 2004 to $36 billion in 2016, a rise of 62 per cent.

At the same time, the Vancouver CMA’s population went from 2.1 million people to 2.6 million, up by 19.4 per cent.

“Moreover, population projections suggest that the Vancouver CMA could see a further 26.4 per cent increase in its population in the next 20 years, which will likely increase the need for planning the location of future shopping centre developments,” says the StatsCan report.

There were 209 shopping centres in 2016 in the Vancouver region and Statistics Canada added there were 9,429 retail stores operating.