After years of searching for deeper data on the entities and properties his management consultanc... 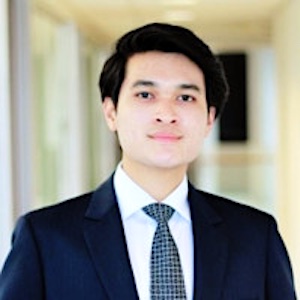 After years of searching for deeper data on the entities and properties his management consultancy firm was tracking, Vancouver tech and financial entrepreneur Vasant Jain decided to compile the metrics himself. Thus, Pelion was born.

Jain had founded Alphabridge, a management consultancy focused on corporate finance and strategy, in 2016. Real estate investment trusts are part of its coverage, but obtaining the types of insights he felt were required to make decisions was difficult at best he told RENX during a recent interview.

Jain was looking for metrics on such things as revenue per available room, funds from operations, occupancy rates and other data.

“It was quite difficult for us to look up the portfolios of these REITs and get an understanding of where their assets were, their mix of property types and what the demographics of their portfolio looked like,” Jain told RENX. “We wanted to streamline the process and speed up the research process and that was the genesis of Pelion.

“It’s software that tracks all of the properties of the REITs and their reported metrics. We have full coverage of all the REITs in North America and we also track a growing number of private real estate funds.”

Jain has a background in technology as well as finance, which helped lead to the launch of Pelion in 2019. A lot of time was initially spent coming up with in-house technology, using a combination of artificial intelligence and machine learning, to gather and organize the types of information he was seeking.

Jain has now been joined by four other people at Pelion, which is able to gather and read press releases, news reports, public documents, information from REIT websites and anything else pertinent that’s in text or table form, and then extract it. An analyst then double-checks the figures before they’re put into the Pelion database.

Pelion can track a property’s size, name and address, as well as its owner’s name, and geocode that information. Users can then look up properties using a high-definition satellite map and zoom in to see them from above or via a street view.

“You can add features like demographic data and overlay it on the map,” said Jain. “It will compute and tell you what the mix of the portfolio, in terms of demographics, looks like.

“If a REIT has 100 properties, it will tell you that 90 of them are in locations that are experiencing population growth of more than five per cent. You can easily compare that to another REIT and see what the outlook is.”

Vancouver-based Pelion is self-funded through charging an annual subscription fee to users who get unlimited access to its information. Jain wouldn’t reveal Pelion’s specific number of subscribers, but said it’s in the hundreds.

REITs use Pelion to look up the properties of their peers to help them make decisions on potential transactions. They also make use of metrics to find out about funds from operations, occupancy rates and other information to benchmark themselves against the market and their competitors.

Analysts and institutional REIT investors wanting more detailed information about properties — such as their age, characteristics and types of users — also use Pelion. So do private equity companies, according to Jain.

“REITs are the only place where you can get real-time information. Every three months, they have to release reports and commentaries,” said Jain.

“The private market uses that to see which sectors are gaining a lot of attention from the public side and what types of buildings are being built and acquired. They get a sense of what’s going on in terms of occupancy and capital being deployed.”

Jain wants Pelion to expand beyond its full coverage of North American REITs. It has added some European REITs to its database and the next targets are adding Asian REITs and more information about privately owned real estate companies.

“Differentiation comes down to the level of detail we can get,” said Jain. “A lot of the market intelligence tools track metrics like income statements and balance sheets and figures that are quite readily available already.

“What we’re doing is going deeper and getting non-GAAP metrics and information.”

Steve McLean Residential Proptech National Oct. 29 2021
Steve McLean Business reporter
Steve is a veteran writer, reporter, editor and communications specialist whose work has appeared in a wide variety of print and online outlets. He’s the author of the book Hot Canadian Bands and has taught reporting to college students. He is based in Toronto.