Veritas Investments and Ivanhoé Cambridge strengthened their partnership last month with the acquisition of 16 multi-family properties in San Francisco for approximately $275 million  Cdn. 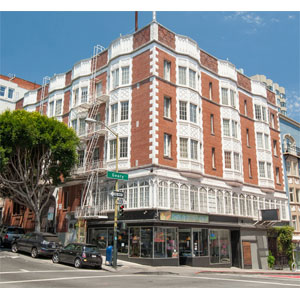 “We’re still looking at acquiring more with our partner, Ivanhoé Cambridge,” Veritas chief executive officer Yat-Pang Au, who founded the company in 2007, said Monday. “Just last week we closed on another deal and next week we have another two deals that we’re closing.

“One of the things that you’ll notice about the way that we work with Ivanhoé is that you’ll see some of the large acquisitions like the recent 16-building acquisition be announced, but we close deals every two or three weeks and don’t make a big fuss about it until we get to a certain level of critical mass.”

Ivanhoé Cambridge and Veritas revealed their partnership in August 2014 with an initial portfolio of nine San Francisco buildings with 159 residential units valued at around $50 million. They made headlines again in January 2015 with the announcement they had acquired 11 multi-family properties in San Francisco for more than $190 million.

Veritas manages all of the properties.

“We’re equity partners as well as operational partners with Ivanhoé Cambridge,” said Au, who declined to elaborate on the specific structure of the property aggregation strategy it has with the real estate subsidiary of the Caisse de dépôt et placement du Québec pension fund.

That expertise is invaluable in helping Ivanhoé Cambridge — which has direct or indirect interests in more than 160 million square feet of office, retail and logistics properties, as well as in more than 23,000 multi-residential units — understand the San Francisco market and in identifying investment opportunities.

Veritas has other investment partners

Veritas has similar partnerships with other institutional and individual investors that cover more than 100 San Francisco apartment buildings, and Au said his company is “actively looking at opportunities outside of the City of San Francisco and in the broader San Francisco Bay area.”

Many of Veritas’ acquisitions are from small-scale, independent apartment owners and operators.

“There are a lot of studios and one-bedrooms and sometimes two-bedrooms,” said Au. “On average, they’re about 400 to 600 square feet in size.

“The typical building that we acquire is from the 1920s and ‘30s era. While they don’t have a lot of modern amenities from the get-go, we’ll go ahead and invest in some amenities as we remodel units one unit at a time. We’ll embed washers and dryers in units and put solar on rooftops in many cases.

“We’ll also put in Zipcar lots and other shared economy type of amenities that our resident profile really appreciates.”

Au emphasized Veritas isn’t a developer that builds from the ground up and it doesn’t redevelop entire buildings all at once due to San Francisco’s rent control legislation for buildings issued certificates of occupancy prior to June 13, 1979.

The San Francisco Bay Area’s multitude of high-paying technology and innovation companies has created a dynamic local economy and attracted an upwardly mobile workforce that has seen a sharp increase in the costs of consumer consumption and skyrocketing housing prices.

Au said while those aforementioned rent controls have exacerbated the supply problem for people looking to move to the area, they’ve provided cost surety for existing rental tenants remaining in their units.

“We have folks who live in our buildings who are paying $800 a month in rent in Nob Hill, while a new person who moves in to the same building is paying $5,000 down the hallway.”