Halifax-based ViveRE Communities Inc. (VCOM-X) has confirmed it will proceed with its two most re... 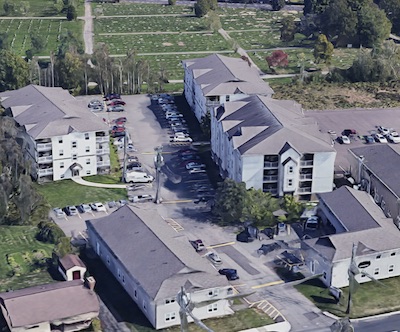 A multifamily apartment complex at 145-155 McLaughlin Rd., in Moncton is part of a portfolio being purchased by ViveRE. (Google Street View)

Halifax-based ViveRE Communities Inc. (VCOM-X) has confirmed it will proceed with its two most recent purchases of apartment properties in Oshawa and Moncton for $37.3 million.

The acquisitions will double the size of ViveRE’s portfolio to 446 units in Eastern Canada. It was formed in 2017 from the remnants of the former NSX Silver mining company.

The Oshawa sale was first announced in January. The much larger Moncton transaction was disclosed in February.

ViveRE says it has a definitive agreement to acquire 100 per cent interest in 10 multi-unit properties in Moncton, located at 145-155 McLaughlin Rd., 27 Edmond St., 50 Maplewood Dr. and 2380 Mountain Rd. All are owned by ATMJ Properties Inc.

ViveRE is funding the acquisition via: 4,166,667 ViveRE shares issued to ATMJ at $0.24 per share, representing $1 million; issuing to ATMJ a $1 million unsecured convertible debenture, with a two-year term at seven per cent per annum convertible into ViveRE shares at a price of $0.27 per share; issuing to ATMJ four million share purchase warrants, with a three-year term and an exercise price of $0.27 per share; a $23,062,000 mortgage; and the balance paid to ATMJ via a deposit, and in cash on closing.

The acquisition is expected to close in May, pending customary approvals.

In Oshawa, ViveRE is acquiring a newly built, multi-unit residential property at 75 Emma St. The property includes 20 units; 19 are three-bedroom units and the other is a two-bedroom.

It will pay $7.3 million for the property and financing for the deal includes cash, ViveRE shares and a $4.78 million mortgage.

The transaction is scheduled to close April 23.

On the COVID-19 pandemic front, the impact on company operations so far is “minimal.”

In a release, the company said its vacancy rate is less than one per cent and noted all of its April rent was collected in full.

ViveRE is focused on carving out a niche in the 55-and-over rental sector. During a recent interview with RENX, CEO Mike Anaka said the company plans to create “naturally occurring retirement communities” or NORCs.

The company wants to acquire clusters of low- and mid-rise, amenity-rich, mid-market properties in secondary markets. ViveRE is seeking buildings with condominium-quality finishes which are close to health-care facilities, shopping and public transit.

The resident base should already have a significant 55-plus cohort, he said.