Ryerson University‘s Centre for Urban Research and Land Development has partnered with Evergreen CityWorks to develop a web map and database of publicly owned land in the Greater Toronto and Hamilton Area. 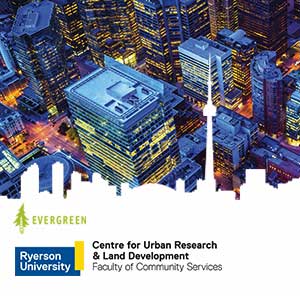 The web map uses Google Fusion Tables and identifies publicly owned properties from the federal, provincial and municipal governments, as well as their local agency boards and commissions.

Its purpose is to map each publicly owned parcel of land and describe its characteristics, including its address, ownership, postal code, size and use.

Tool for governments and for developers

“We hope this tool is used not only by governments to identify and understand the inventory that they have, but also by developers to see if they might be able to make use of particular parcels of land for affordable housing or other community benefits,” said Centre for Urban Research and Land Development researcher Lynn Duong, who compiled the web map with Ryerson professor David Amborski.

“There might be an opportunity for governments to lease land for various purposes and generate revenue streams,” said Amborski.

“Land leasing hasn’t been used extensively in our Canadian context for a variety of purposes, but other jurisdictions in other countries and states across the U.S. have used land leasing to create revenue streams and still maintain the long-term ownership for multi-generational use of that particular property.”

About one-third of the information for the project came from open data, an open exchange of information for anyone to use. The remainder came from files received directly from municipalities or agencies. Information can be sorted by various filters that can either be used alone or in combination.

Duong asked the government agencies whether each property she was inquiring about was occupied, vacant or underutilized, and that information is also included in the web map. Parkland wasn’t included.

“By having the inventory like the one we’ve created, it is hoped that it will create partnerships not only within government agencies but also across government agencies as well in order to obtain public infrastructure benefits and/or services,” said Duong.

While the web map covers an area that spans from Durham Region in the east to the town of Georgina in the north to the city of Burlington in the west and to the city of Hamilton in the south, Duong said it’s feasible for the concept to be applied to other geographic areas.