What are vacancy rates in purpose-built rental housing?

Purpose-built rental housing has taken off in the past 10 years as demand, supply and economic factors have aligned to once again make it attractive to property developers. 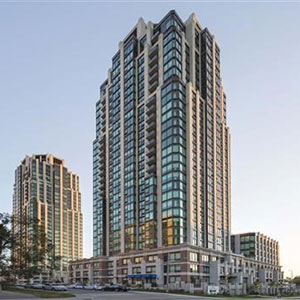 Now that new apartment buildings are completed and operating across the country, how well are they renting?

“Those centres in the country where you had a stronger population growth and the economy was growing at a faster rate were the ones with the lower vacancy rates,” said Canada Mortgage and Housing Corporation (CMHC) senior market analyst Anthony Passarelli, who helped compile the report.

“There are also centres across the country where housing prices are growing much faster than rents. In those regions there are fewer renters that can transition into home ownership.”

The vacancy rate for purpose-built rental housing in 34 of Canada’s largest centres was 3.4 per cent in October, up from 3.3 per cent during the same month a year earlier.

A greater number of rental apartment units were occupied in October 2016 compared to 12 months earlier primarily due to demand from new immigrants and the continued aging of the Canadian population. The growing supply of new apartment units, however, pushed the vacancy rate up slightly from a year ago.

Rental housing demand was greater in most regions, with the exception of oil-producing provinces Alberta, Saskatchewan and Newfoundland and Labrador.

Victoria and Abbotsford-Mission (0.5 per cent), Kelowna (0.6 per cent) and Vancouver (0.7 per cent) in British Columbia had the country’s lowest purpose-built rental housing vacancy rates. Saskatoon (10.3 per cent), St. John’s (7.9 per cent), Edmonton (7.1 per cent), Calgary and Saguenay (7 percent) had the highest rates.

“If you look at the cities with very low vacancy rates, like larger centres in British Columbia and Ontario particularly, those are the markets where you would typically see a builder see an opportunity to add more supply to the market,” said Passarelli. “They’re more confident in being able to fill the units quickly because of the low vacancy rates.”

While there’s been an increase in purpose-built rental housing in the past few years, a lot of the new rental supply is still coming from condos. Rental condo vacancy rates ranged from a low of 0.3 per cent in Vancouver to a high of 6.8 per cent in Edmonton.

“There’s some level of competition going on there, particularly with the higher end purpose-built rentals because their rents are more comparable to a condominium. Having said that, this year the demand increased in both segments, so you saw that more units were occupied in both segments.”

“There are a number of markets where the condominium rental stock increased this year,” said Passarelli. “It wasn’t just a Toronto story.”

CMHC president and chief executive officer Evan Siddall admitted last week that there’s a demand to fill information gaps with respect to Canada’s housing markets. To address one of these gaps, CMHC’s fall survey asked property managers for the first time to provide information on the total number of units that have been occupied by a new tenant in the past 12 months.

“At this point we’re just collecting the data,” said Passarelli. “Once we get a few more years of data we’ll have a time series and then you can analyze trends and get into more detail in examining the reasons behind the changes year over year.”