There’s been a lot of recent media attention lately about foreign home buyers fueling the rise in prices, especially in Vancouver and Toronto. 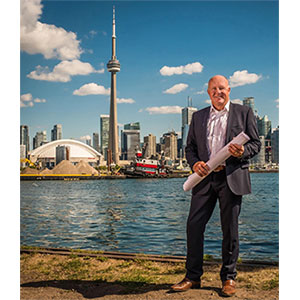 The  B.C. government, believing this to be a very strong factor in increasing prices, introduced legislation that adds a 15 per cent property transfer tax for anyone who is not a Canadian citizen or permanent resident when they buy residential real estate in Greater Vancouver. There was strong speculation that Ontario would have little choice but to follow B.C.’s lead, but recently Premier Wynne stated that she is not going to introduce this tax.

To add to this, in early October, Federal Finance Minister Bill Morneau announced (along with the tightening of mortgage lending criteria) the closing of a tax loophole so that only individuals who are resident in Canada when selling their principal residence can claim a capital gains tax exemption, again aimed specifically at the foreign buyer.

This focus on foreign buyers camouflages the fact that there are other larger factors at work causing prices to rise and affecting home affordability, and that are not so easily counterbalanced with the stroke of a pen.

Consider that the Trudeau government is bringing in 300,000 new immigrants this year and most likely the same number in subsequent years to follow. Many, if not most, of them will choose Toronto and Vancouver as their destinations. These are not foreign buyers; these are new Canadians who need housing just like you and I. But, unlike you and I when they buy, new or resale, in most cases, they are not moving out of a home in that market, i.e. freeing up a home for sale (supply), but rather just creating demand. This increased demand and the simple law of supply and demand dictate that prices will rise.

Currently, low rise builders in the GTA have only a one-month supply (about 1,400) of new homes lots available. This is a record low and scarcely enough to satisfy the usual fall demand in terms of sales per month. The shortage is a direct result of the Ontario government’s 2006 Places to Grow Act. In the five years it took to get the Act in place and functioning, there was no expansion of the urban boundaries of most GTA municipalities. Builders and developers who own land outside of the old boundaries had to wait, and in many cases still do, as it has taken additional years for municipalities to process, approve and release these lands. The flow of ground-related housing slowed substantially, and today, only about half as many are being built than a decade ago – not because demand subsided, but because of supply.

On the cost side, let’s talk development charges, which are directly attributable to government. Where 20 years ago in the GTA, those charges on an average home would have been $15,000-$20-000 or less, today they add up to between $50,000 to $80,000. Add HST on top of this ($95,000 on a million-dollar home and it is applied on the development charges too, so tax on tax), and you have a huge government-related cost component in all new housing. These development charges pay for capital works, amenities and services that benefit the whole community, yet new home buyers unfairly pay a disproportionate amount of these costs as part of their home price.

Collectively, our industry sends some $6 billion each year in new home taxes to the government, which has a huge impact on affordability, and as prices rise, the taxation monies they get increase. All three levels of government must take a close look at what they are doing to the housing market and realize that if they don’t make adjustments to the way they tax and regulate housing supply, affordability will just become a bigger problem.