Who bears the costs of crumbling heritage buildings?

It isn’t much to look at – a two-storey brick rectangle like many that dot Ottawa and date from 1940s and ’50s. But it has raised plenty of stink lately at both the municipal and international diplomatic levels. 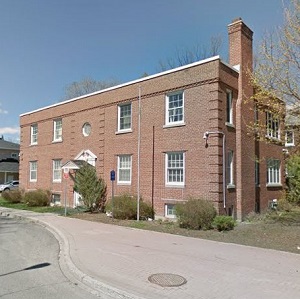 A heritage building at 231 Cobourg St., in Ottawa is causing major headaches for city hall. The owners have applied to destroy the decrepit structure. (Google Street View image)

That’s Ottawa, for you.

I’m talking about 231 Cobourg St. in the Sandy Hill area adjacent to the University of Ottawa. This nondescript building has heritage value on the grounds past Prime Minister Lester B. Pearson resided there for a few years in the 1950s when he was awarded the Nobel Peace Prize.

In more recent years, the address has served as the offices of the Uganda High Commission.

A house literally build on sand

The property is a mess. While parts of the City of Ottawa rest on good old solid bedrock, others sit on a type of clay called Leda which becomes unstable if it dries out. Sandy Hill is aptly named due to its unstable mix of clay and sand. The city has to be extra careful about permitting construction in the area to avoid property damage.

This geographical feature has caused substantial foundation problems for 231 Cobourg.

According to reports filed at a meeting of Ottawa’s planning committee last month, $1 million had been put aside for necessary repairs several years ago, but the Ugandan government apparently never carried them out. Now, the Ugandans want to demolish the building and build new offices.

A professional engineering assessment and two other independent reports have concluded the building is now too far gone for a salvage attempt. This has prompted various city councillors and committee members to endorse demolition.

Critics (including non-elected heritage experts) oppose demolition on the grounds it sends the wrong message – it’s OK to neglect a heritage property in pursuit of one’s own agenda.

Time for the wrecking ball

The Ugandans, meanwhile, argue they did carry out the necessary repairs. Skeptics point to other properties in the area that remain structurally sound as evidence they have not.

Despite the to and fro, the city’s planning committee voted last month in favour of demolition, with only one opposed.

I find the whole subject of heritage properties interesting.  While I am a fan of retaining older buildings, I am also a financial realist. These old buildings are expensive to maintain and if they aren’t kept up, they will eventually fall down.

Proponents of heritage designation seldom seem to give much thought to who will pay for the maintenance or the restoration. They just insist that these old buildings must be kept.

But this is an expense that ultimately comes out of our pockets as taxpayers. There is always a limit to the amount of taxes we are willing to pay, while government is always faced with the challenge of deciding which competing priorities will be funded and how.

We all need to remember we can have any level of public service we want, so long as we understand and accept the resulting increases in our property taxes.

If a building gets a heritage designation and needs repairs it can lead to a situation where the property value is reduced by the need to keep up the old building.

This has an indirect effect of increasing everyone else’s property taxes in that neighbourhood.

Remember – municipalities operate on a cost-recovery, break-even basis: If the assessed value of a heritage property goes down (and as a consequence, its property tax bill), the net impact will be higher taxes for its neighbours all across the city. This is the city’s only way to make up the lost revenue to pay for snow removal, garbage and recycling, water and sewer repair, and all the other services it provides.

Think of municipal assessment as a tub of water. If an empty cup, representing a reduced assessment for a heritage property, is pushed down slightly into the water, the whole water level rises. This is what happens in assessment if one property goes down in value – the  rest of us rise on its tide and pay more.

This financial impact is felt, even if City Hall is not providing direct financial support for heritage restoration and maintenance.

No such thing as a free lunch

On the other hand, if this building, due to its decrepit condition, is demolished to make way for a more profitable redevelopment that carries a higher assessed value and therefore bears a greater share of the property assessment, its taxes by definition go up and the rest of us get a slight break.

It really is that simple.

Did the Ugandans neglect their responsibility and opportunity to keep 231 Cobourg a viable property, or was it a lost cause no matter what – a money pit that’s simply not worth the effort?

But if an old building is forced to be kept, we all share the cost. Too often, people fail to understand that there is never a free lunch.

We should do what we can to preserve what has heritage value, but when multiple independent assessments are all giving the same grim prognosis, a quick and merciful end courtesy of the wrecking ball is the best way to go. The upside is that this can help revitalize a community by putting what could be valuable real estate back to work.

To discuss this or any valuation topic in the context of your property, please contact me at [email protected]. I am also interested in your feedback and suggestions for future articles.