The count is up to five major new buildings for downtown Winnipeg’s SHED. The city’s Sports, Hosp... 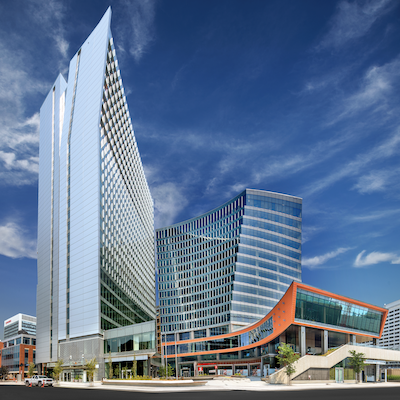 True North Square is a major part of a renaissance of development in downtown Winnipeg’s SHED District. (Courtesy True North)

The count is up to five major new buildings for downtown Winnipeg’s SHED.

The city’s Sports, Hospitality and Entertainment District centred around Bell MTS Place – home of the NHL’s Winnipeg Jets – will soon have another new high-rise with the June announcement one of the city’s largest financial firms will build a 19-storey office building as its headquarters.

“This would be the final tower, and when it’s done, there will be five high-rises in True North Square anchored around a plaza,” says senior director of business development Katie Hall Hursh of True North Real Estate Ltd, the lead developer behind SHED.

The Wawanesa tower , which will be built along Graham Avenue, is expected to cost between $120 million and $150 million and be complete by 2023. Most of the tower will be home to Wawanesa Insurance, which has more than $9 billion in assets, and operations across Canada and the U.S.

“The best way to orient yourself, if you’re familiar with the area, is there used to be a store called Hull’s Family Book Store — a three-storey brick building,” Hursh says. “That is a portion of where the tower will go, and adjacent to it is Royal Winnipeg Ballet school dormitory.”

That too will be demolished, and True North is expected to announce plans with the ballet company in the coming months for a new residence for its dancers.

The latest tower to be added around True North Square will be state-of-the art, according to related press material, featuring collaborative spaces over 300,000 square feet. It will be home to many of Wawanesa’s 1,100 employees, who for the most part are currently scattered across the city at several offices.

The latest development announced for downtown Winnipeg, the Wawanesa tower will be the final major construction project at True North Square. The site will total more than 1.5 million square feet of office, residential and commercial space once complete.

Already built is 242 Hargrave, a 365,000-square-foot, 17-storey office tower, which is 70 per cent occupied. Having opened last summer, it is home to Scotiabank, business services firm MNP and TDS, one of the province’s largest law firms.

Across True North Square Plaza — a gathering place for Jets games and other events — is 225 Carlton Street. At 25 storeys, its first tenant took occupation July 1.

Still under construction are the Sutton Place Hotel, at 18 storeys, slated to open in early 2022, along with Sutton Place Residences, a 13-storey apartment tower also to open in 2022.

The towers make up the bulk of development that has occurred since the Bell MTS Centre’s completion in 2004 and are part of the city’s SHED initiative. In fact, over the last decade or more, the city has seen a growth spurt downtown, exceeding $1 billion of development.

More than $500 million of that sum has been invested in True North Square, Hursh says. 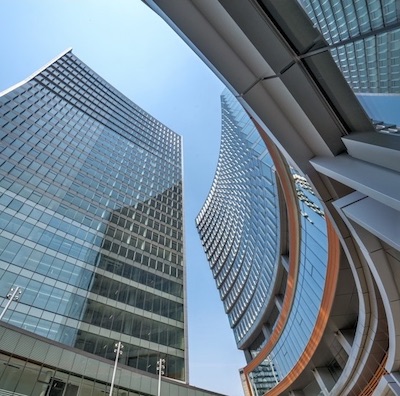 IMAGE: A view looking up from the public square at True North Square. (Courtesy True North)

For now, however, True North Real Estate has no further development plans, outside of the smaller project, the new dormitory for the Royal Winnipeg Ballet.

“We are still keeping an eye out for opportunities,” Hursh notes.

True North began to see the need for more office, residential and hotel capacity downtown five years ago, which spurred the construction of True North Square.

“And, the Wawanesa building is certainly going to be keeping our attention for the next few years,” Hursh says.

However, that doesn’t mean other opportunities will not arise in the near future, she says: “After all, we didn’t know a couple of years ago about the (Wawanesa Tower) project, so it’s not to say that something else won’t come up.”

Certainly, downtown has plenty of room for more development with a number of surface parking lots remaining, Hursh adds.

“The good thing is it seems like the general view now is that surface parking lots are not the best of use of space,” she says. “But, there still has to be demand; we can’t just flood the market for the sake of filling those.”

Some facts about downtown Winnipeg’s SHED District and recent developments: