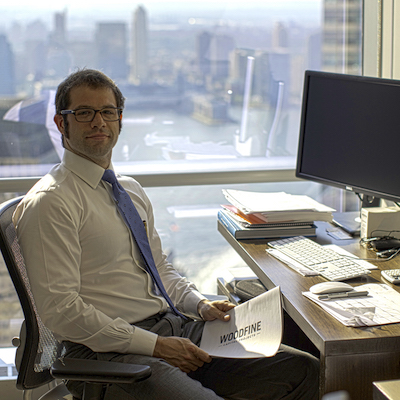 Woodfine Capital Projects has a two-decade history of  financing, building and operating retail power centres in Western Canada. Its future, the company’s managers say, lies in a more diverse range of asset classes.

To that end, Woodfine is seeking investors for its limited partnerships to develop properties in or near big-box retail power centres in secondary markets. Public, non-listed Woodfine Limited Partnerships (LPs) are closed-end funds offering an alternative to exchange-traded investments or direct real estate ownership.

The LPs enable investors to select the asset class, or combination of asset classes, that meets their investment objectives.

“The key difference of the Woodfine partnership structure — and its advantage to investors — is that the Woodfine LPs grant unit-based compensation as the Woodfine carry, retaining the customary developer’s profit, and do not pay NAV fees,” Jennifer Woodfine, Woodfine Management Corp. corporate secretary and head of real estate and construction, told RENX.

Investors can access Woodfine LP units with a minimum investment of $250,000. The fully transferable units can be sold at any time.

He was founding partner and president of Cedaridge Properties Inc. before its portfolio was sold to the Ontario Pension Board.

He has more than 30 years of experience developing and financing a variety of mixed-use projects in Western Canada, primarily in secondary markets.

“It’s difficult to raise capital from people you don’t know,” said Mathew Woodfine. “Having a platform with full compliance and transparency is what has allowed us to push through.”

Woodfine has financed, developed and leased seven retail power centres in Western Canada since the early 2000s. Each one is anchored by a Walmart, Costco or Home Depot, or a combination thereof. The centres total just over one million square feet.

“Retail is where we were successful for 20 years,” said Mathew Woodfine. “But, we’ve recognized that retail in the secondary markets is saturated.

“These markets now need office and tech industrial to fill out the power centres and bring them more in line with mixed-use development in the primary markets.”

* professional centres, with three- to five-storey office buildings of between 50,000 and 90,000 square feet, designed to meet the needs of professional service providers in fields such as healthcare, accounting, law, engineering and municipal administration;

* tech industrial, with buildings ranging from 10,000 to 25,000 square feet intended for owner-operators which require combined showroom, office and warehouse space;

* retail select, which features buildings sized between 10,000 and 25,000 square feet, with units ranging in size from 3,000 to 5,000 square feet suitable for banks, medical clinics, engineering companies and other similar users;

The qualified investment requirements built into Woodfine’s partnership agreement stipulate its new buildings must be in or within one kilometre of big-box retail centres.

“The demand for access to the synergies created by national retailers’ advertising is what drives the power centres,” said Jennifer Woodfine.

“When a retailer such as Walmart, Home Depot or Costco opens, its sales expectations are correlated to the due diligence it conducts on site selection,” said Mathew Woodfine.

“We are relying on the due diligence of three national retailers — a department store, a hardware store and a regional food distributor — in a power centre format.

“Based on this due diligence, we expect that 10 per cent of the existing office market will relocate to the power centres and we will be fully leased. We are building for existing tenants.”

There are three proposed Woodfine LPs, one each for Canada, the United States and Mexico. The funds, which haven’t yet been formed, are geographically based and country-specific.

“The funds are open to any secondary market within each country, but our focus is the midwest corridor in each,” said Mathew Woodfine.

The proposed initial developments for the Canadian fund would target: the Alberta markets of Grande Prairie, St. Albert, Sherwood Park, Red Deer, Airdrie and Okotoks; the British Columbia markets of Langley, North Vancouver, Richmond and South Surrey; and the Saskatchewan markets of Regina and Saskatoon.

As an alternative to purchasing directly from Woodfine, it has engaged in a strategic partnership with Vector Casa de Bolsa, S.A. de C.V. This will enable investors to invest any amount in a Woodfine LP through an investment account.

The Monterrey, Mexico-based brokerage house and wealth manager, with almost 30 offices in four countries, will receive 18 per cent of the parent company for nominal consideration.

Woodfine works with an allocation model whereby asset managers reserve units for a certain period of time, investing either through a pooled vehicle or directly. This allows the company to work with seven to 10 asset managers, per fund, at any one time.

Woodfine also plans to launch a European fund. Jennifer Woodfine will move to Berlin in Q3 2020 to establish an office.