After the announcement of the foreign buyers tax, the Urban Development Institute suggested to the provincial government several ways that they might combat unintended impacts of the tax to the housing market and the economy in general. 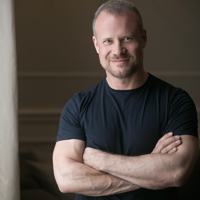 These included a transitional phase-in period for the tax, and, especially, the grandfathering of pre-existing contracts, as well as encouraging supply-side housing initiatives. As these were excellent suggestions it’s a shame that the provincial government didn’t heed them, as there have been enormous consequences across our industry.

Other writers have been doing an excellent job of reporting on the economic impact of the tax, but there is another impact the foreign buyers tax has sparked – the social impact.

We live in one of the most beautiful cities in the world, and our diversity is one of the key factors in that beauty. Unfortunately since the tax announcement, there has been an outpouring of vitriolic, xenophobic, racist rhetoric in various forums.

The tax seems to have encouraged a crazy spike in racism, mostly targeting Asians. Newsflash: lots of foreign investment isn’t Asian – and regardless, this is a diverse place, and except for our First Nations citizens, we are all descendents of immigrants. Immigration and diversity are good things.

The xenophobic rhetoric adds nothing to the debate about the tax. All it does is makes us look bad, and frankly, as a Vancouverite, I am ashamed of how some of us are behaving. Not only does reckless xenophobia add nothing to the debate, it actually makes it harder to have the debate. The issue at hand – a foreign buyers tax and the impact that has on the housing market and the economy at large – is obfuscated by the ugliness in the commentary. It reflects terribly on our city. To the rest of the world we look like Trumponians. Maybe once he gets that wall built between Mexico and the USA we could subcontract the workers to wall-off Vancouver? Please.

Given that there’s no debate to be had – the rhetoric is vile garbage that has nothing to do with the economic impacts of foreign investment or foreign buyers taxes – we as an industry can’t let this go by without taking action. I don’t have an immediate fix-all other than to say: when you hear it, call people on it. It’s our moral duty.