A longtime fixture on the Canadian commercial real estate scene, Darin Rayburn will retire from M... 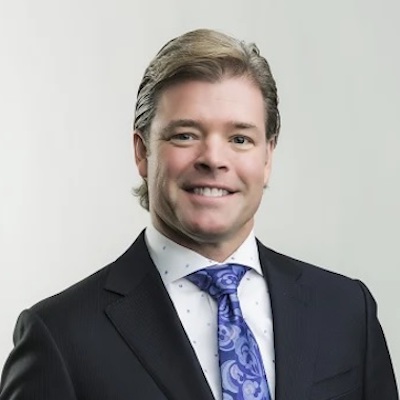 A longtime fixture on the Canadian commercial real estate scene, Darin Rayburn will retire from Melcor Developments Ltd. and Melcor REIT (MR-UN-T) at the end of 2021.

The properties are located across Alberta, as well as in Regina and Kelowna.

“It is with regret that we learned of the planned retirement of Darin Rayburn, to be effective December 31, 2021.,” said Ralph Young, the REIT’s board chair, in a statement announcing his decision. “On behalf of the REIT board, I wish to thank Darin for his many contributions to our business success and for his loyal and dedicated service to the trust and its unitholders.

“We wish him the very best in his future endeavours.”

The REIT has begun the process to name a successor for Rayburn.

“I’ve greatly enjoyed the eight-plus years spent with the REIT, in addition to 19 great years at Melcor, and consider the formation of the REIT, in conjunction with my colleagues, one of my greatest accomplishments,” Rayburn said in the statement. “My retirement will allow new leadership for the future as we adjust to a post-pandemic business world.”

“We are pleased to welcome Dean Connor and Barry Perry to the board of directors,” said Heather Munroe-Blum, chair of CPP Investments.

“We know they share our commitment to global best-in-class standards of organizational investment capabilities, corporate governance and diversity, commensurate with our public purpose. Their respective unique credentials will be a valuable complement to our experienced Board.”

Connor has more than four decades of global experience in financial services and executive consulting. Between 2011 and 2021, Connor served as president and CEO of Sun Life Financial Inc. Prior to this, he held increasingly senior roles with Sun Life, including head of Canadian operations and chief operating officer.

Perry has more than three decades of experience in the utilities, paper manufacturing and oil refining sectors. Between 2015 and 2020, he held senior roles with Fortis Inc., most recently serving as president and CEO, as well as vice-president of finance and chief financial officer.

Rossitsa Stoyanova has been appointed chief investment officer at Investment Management Corporation of Ontario (IMCO), effective Sept.  13. She will be based in IMCO’s Toronto office.

Stoyanova was most recently managing director and head of portfolio design and construction at CPP Investments, where she also oversaw the fund’s risk appetite and allocation.

Prior to this, she was at GE Energy Financial Services in Stamford, Conn., where she was responsible for due diligence and structuring acquisitions in the power sector. She also worked in Assurance and Advisory Services at Deloitte & Touche in Chicago.

Stoyanova holds a BBA from Saint Mary’s College in Indiana and an MBA from the Kellogg School of Management at Northwestern University in Illinois.

He joins Slate from Canadian investment manager AIMCo, where he served as director of real estate focused on retail and special situations.

In that role, he managed a portfolio of core assets and led various real estate capital markets activities, including public company investments and debt issuances. He played an integral role in growing AIMCo’s real estate investments from a $2 billion domestic portfolio to $21 billion globally.

Dmytruk began his career at AIMCo in 2003.

He graduated with honours from the University of California – Berkeley with a bachelor of science degree in business administration and he is a CFA charterholder.

Former Royal Lepage CEO Simon Dean has been named the chair of Ottawa-based unreserved.com, an online auction platform for home vendors and buyers.

As an executive and board member of Royal LePage until 2019, Dean was responsible for more than doubling the size of the company and transforming it into a profitable, franchised network coast to coast – leading to a successful IPO in 2003.

Dean had joined Royal LePage in 1995 and remained on the board following his retirement until 2019.

Bill Cashel has been appointed by Montreal-based Fiera Capital to the newly created role of global head of financial intermediaries.

As a key member of the global distribution leadership team for both public and private markets, Cashel will spearhead the initiation and growth of relationships in intermediary channels by building business opportunities, optimizing distribution and developing talent.

Cashel, who will be based in Boston, is the former head of U.S. intermediary distribution for AQR Capital Management, where he spent almost 12 years.

Erin Kobayashi and Jim McKinnon, two commercial real estate professionals with backgrounds in the Alberta market, have partnered to create AICRE Commercial (Alberta Industrial and Commercial Real Estate), which will be based in Edmonton.

The pair plan to continue to specialize in industrial and commercial sales and leasing, tenant advisory services and market analysis.

McKinnon most recently spent six years as a partner at Lizotte & Associates Real Estate in Edmonton.

Kobayashi spent the past four years with Lizotte, including the past two as an associate. Prior to that she spent six years in a variety of marketing roles with firms in B.C. and Edmonton.