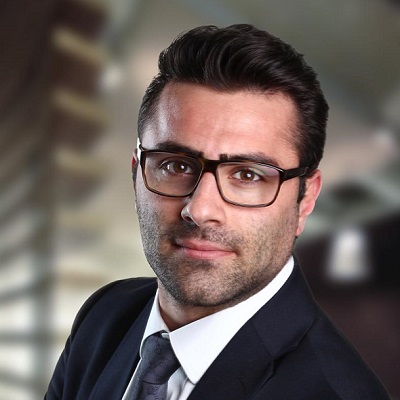 Quarterly FFO jumped 27 per cent to $3.29 million from a year earlier, while FFO per unit rose by seven per cent to 16 cents per unit. The FFO increase was primarily due to the impact of newly acquired properties, which was partially offset by interest on mortgages associated with those properties.

NOI was 32 per cent higher, at $4.51 million, than during the same quarter a year earlier. The NOI increase was also attributable to the impact of newly acquired properties.

Canadian Net REIT (NET-UN-X) is an open-ended trust that acquires and owns triple-net and management-free commercial real estate properties. It owned 99 properties in Eastern Canada valued at $285 million at the end of the second quarter.

Insiders own 14 per cent of the units of the Montreal-headquartered REIT.

Much of the portfolio is leased to retailers, national service station and convenience store chains, and quick-service restaurants. It had a 99 per cent occupancy rate at the end of Q2.

“Our business, which is focused on owning and acquiring properties on a triple-net-lease basis, allows us to be somewhat immune to inflation, as higher operating costs are borne by our tenants,” president and chief executive officer Jason Parravano said during the REIT’s Aug. 25 second-quarter results conference call.

“The REIT’s operating costs for our properties are almost exclusively charged back to our tenants under the structure of our leases, with a few exceptions.

“We continue to add properties to the portfolio that diversify our tenant mix as well as the geographies we are exposed to,” Parravano said.

“These properties are positioned in irreplaceable locations in high-traffic retail nodes and leased to strong covenant retailers, similar to the composition of the existing portfolio,” said Parravano.

Parravano said pricing seems similar to that seen before the recent interest-rate hikes, but not a lot of product has come to the market. Interest-rate volatility may be scaring off some private investors and reducing competition for some assets, he added.

“We’re looking at a lot of deals that are being presented to us,” Parravano said.

Canadian Net REIT will complete the development of a quick-service restaurant in Terrebonne, Que. in the coming weeks and recently began the redevelopment of a Burger King location in Jonquiere, Que.

The REIT has a 40 per cent interest, in collaboration with Benny & Co. and Odacité Immobilier, in the development of three new Benny & Co. restaurants which will launch in the coming quarters.

Canadian Net REIT has completed all 2022 leasing renewals, with no tenant turnover, at rent hikes ranging from five to 25 per cent.

The REIT has 10 leases expiring in 2023, representing approximately $800,000 in NOI, of which half have already been renewed.

Rent bumps have ranged from 2.5 to six per cent, while some leases include consumer price index-based increases. The remainder of the 2023 renewals should be completed by the end of this year.

The weighted average lease term for the portfolio is 7.2 years.

“We continue to maintain a conservative approach with respect to our leverage and our payout ratio,” chief financial officer Ben Gazith said during the call.

Parravano said he would be willing to go up to a 60 per cent debt-to-asset ratio if the right acquisition opportunities present themselves.

Canadian Net REIT’s preference over the years has been to take the longest available term for mortgages in order to mitigate rate reset risk. It has three mortgage renewals remaining in 2022, with a maturity value of less than $4 million.

The trust has $10 million in mortgages rolling over in 2023, including in joint ventures, but the bulk of its renewals won’t occur before 2027. The current average term to mortgage renewal is 5.5 years.

Steve McLean Commercial Development National Aug. 10 2022
Steve McLean Business reporter
Steve is a veteran writer, reporter, editor and communications specialist whose work has appeared in a wide variety of print and online outlets. He’s the author of the book Hot Canadian Bands and has taught reporting to college students. He is based in Toronto.