Anthem Properties has been known mainly as a retail and residential investment and development company, but it is adding a third class into the mix: industrial. 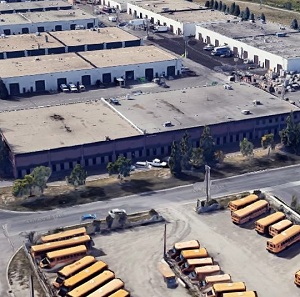 635 46th Ave., NE in Calgary is one of three industrial properties purchased by Anthem. The company will close on a fourth purchase during the summer, it says. (Google Maps image)

It is staying close to home to start rebuilding its presence in the sector. Anthem has bought three industrial properties in Calgary and is under contract to purchase a fourth. The firm has offices in Vancouver, Calgary and Sacramento, California.

“We have a long history of owning income property and still do have a sizeable portfolio, but really our growth in the last 10 years has been on the residential side, both in B.C. and in Alberta,” Anthem’s investment director Jordan Carlson told RENX. “We’ve traditionally done a lot of retail, at least in the last 15 years, so we did really want to diversify our holdings and get into, or re-enter into, an asset class we haven’t been into a whole lot.”

While some sectors in Alberta have been hit hard by the oilpatch downturn, industrial has continued to provide decent returns.

“We looked at what is out there and industrial has held up relatively well in Alberta the last couple of years,” Carlson said.

Together, the three properties Anthem purchased comprise 176,000 square feet of gross leasable area on 8.25 acres of land in the Greenview and Foothills industrial nodes. They were previously owned by Toronto’s CanFirst Capital Management and are 100 per cent leased to a variety of tenants:

Anthem paid $21.35 million for the three properties in this phase of the purchase;

It has a “firm and binding” contact for the fourth property, which is about 77,000 square feet.

“Getting our feet wet”

They’re not huge purchases – Carlson calls it “just getting our feet wet” – but the sites meet its criteria.

“We liked that these aren’t huge-bay kind of centres, they are smaller- and medium-bay, a little more urban-core, focused on just servicing a city,” Carlson said. “We are happy with the purchase. We have no plans on stopping the growth of this portfolio.”

Alberta is a target market.

“Canada doesn’t have a lot of real core cities to live in,” Carlson said. “The big ones being Toronto and Vancouver are getting hard for people to afford to live in. Calgary and Edmonton are established cities, they are safe, they are clean and just attractive places to live.”

The purchases will nearly double Anthem’s industrial holdings; the four properties it already held are in Metro Vancouver.

Carlson said the move into industrial comes as Anthem continues to expand in other areas as well. It recently signed an eight-year, $200-million credit facility with KingSett Capital which allowed it to retire short-term debt and provide new liquidity.

“We have been in a growth phase for the last three years now,” Carlson said. “That’s all part of it.”

Among its other current projects are several major Calgary developments. Anthem has become a development partner in the 1,002-acre Cornerstone project, which will ultimately see about 9,500 single- and multi-family homes constructed along with supporting retail and commercial.

It is also involved in the master-planned community of Currie, where it plans to construct townhomes and mid-rise apartments.

Anthem is wrapping up the final phase of Waterfront, a million-square-foot residential and commercial development in Eau Claire which will begin occupancy this summer.

“Anywhere there is an opportunity that makes sense and fits our strategy, we like to pursue it,” Carlson said.

Founded 27 years ago in Vancouver, Anthem is a real estate development, investment and management company with 375 employees. Anthem and Anthem United have invested in, developed or managed – alone or in partnership – more than 200 residential, commercial and retail projects with an aggregate value of more than $5 billion across western North America.

The company’s residential portfolio includes more than 11,000 homes that are complete, in design or under construction, from master-planned mixed-use residential and multi-family, to townhome and single-family communities.

Anthem owns, co-owns and manages more than 65 commercial properties, 4.4 million square feet of retail, industrial, residential rental and office space.  It has developed more than 60 communities and holds more than 5,000 acres of land across Alberta, British Columbia and California.