Artis Real Estate Investment Trust (AX.UN-T) has sold four more office properties in Calgary and Red Deer, completing its goal to reduce the trust’s Alberta office weighting to less than 10 per cent of its portfolio. 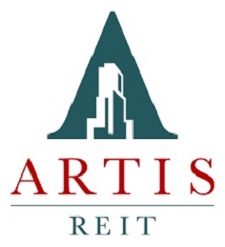 The sale of the Quarry Park portfolio in Calgary and the Millennium Centre in Red Deer means Artis has, so far in 2017, disposed of 15 properties worth about $350 million.

The transactions announced Tuesday are separate deals, but Artis has not disclosed the buyer(s).

The Quarry Park portfolio is in the Quarry Park commercial/residential area of Calgary. It features three office sites totalling 282,327 square feet of gross leasable area and was sold for $98 million ($347 per square foot). The transaction closed on Sept. 15.

“The sale of these assets further reduces our exposure to the Alberta office market, which became a strategic initiative for Artis since the downturn in oil prices,” Armin Martens, president and CEO of Artis REIT, said in a Tuesday morning media release.

“These sales are at prices that compare well to our internal fair value of approximately $15 per unit, and will provide us with capital to recycle into newer-generation real estate in our other target markets, further improving the diversity and resiliency of our overall portfolio.”

Artis diversifying out of Alberta

During a 2016 interview with RENX, Martens said Artis’ goal was to get its Alberta portfolio down to about 20 per cent of the REIT’s overall properties. At the time, Artis’ portfolio was about 30 per cent Alberta.

Historically, the Winnipeg-based REIT held as much as 70 per cent of its portfolio in the Western province, but it has been diversifying geographically for the past decade.

The net gain from these transactions over the International Financial Reporting Standards (IFRS) value recorded at June 30, is approximately $1.3 million according to Artis.

As a result of the sales, Artis has also adjusted its net operating income projections.

Artis anticipates its adjusted NOI by asset class for the three months ended June 30 will be approximately 20.5 per cent retail, 55.2 per cent office and 24.3 per cent industrial.

The 15 properties Artis has sold during 2017 contain more than 1.4 million square feet of leasable area. Artis said its net gain from the transactions is approximately $10.5 million.