Crombie REIT’s (CRR-UN-T) decision to spend about $112 million to redevelop the Avalon Mall in St... 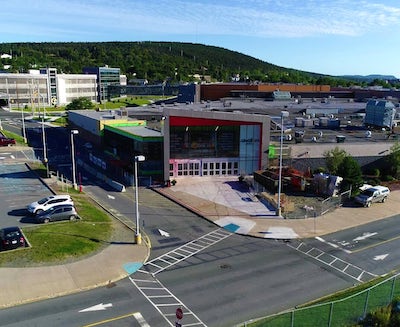 Crombie REIT’s (CRR-UN-T) decision to spend about $112 million to redevelop the Avalon Mall in St. John’s, N.L., is continuing to attract major new retailers to the facility and the region.

The REIT recently announced five new retailers which will take up residence in the mall during 2020, as well as the addition of the first The Brick store in the province. The furniture retailer will take 46,000 square feet in a new pad on the property.

The expanded area of the Avalon Mall is now approximately 90 per cent leased, with more retailers to be announced in the coming months, the REIT said in a release. Total Avalon Mall gross leasable area will be approximately 593,000 square feet when the renovation and construction is completed.

“We are very pleased with the retailers that have joined us and with our existing retailers committed to expanding their presence at Avalon Mall as part of redeveloping this flagship property,” said Don Clow, president and CEO of Crombie REIT, in the release.

“They enhance the experience of our shoppers and visitors and are an integral part of what makes us the premier shopping and entertainment destination in the province.”

Avalon Mall is the largest enclosed shopping centre in Newfoundland and Labrador. With reported sales of $700 per square foot, it’s also one of the top performers in Canada’s Atlantic Provinces.

Crombie says 80 per cent of its 150 retailers and services are exclusive to Avalon Mall in the province.

The multi-phase redevelopment began in 2017.

Interior common areas have been transformed with contemporary porcelain tile and acoustic ceiling tiles and updated LED lighting fixtures have been installed.

The food court has been expanded with modern finishes, additional seating and furniture, and sorting stations that allow the mall to divert organic waste to an on-site composter.

Two new mall entrances have been created, along with a redesign and realignment of vehicular access to Kenmount Road. 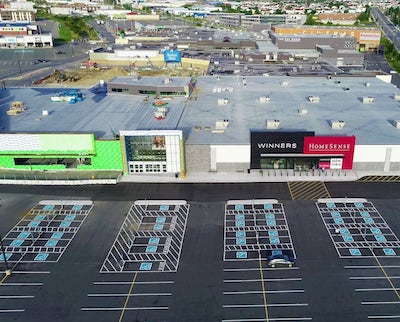 Winners and HomeSense are among the new retailers at the Avalon Mall in St. John’s, N.L. (Courtesy Crombie REIT)

A four-level, 875-space parking facility opened in 2018 to augment the existing outdoor, ground-level parking. This was possible in part due to the redevelopment of the former Sears box in the mall.

The transformation really started to take form in 2019, when Crombie announced H&M, Old Navy, Gap and Banana Republic would occupy approximately 53,000 square feet in the newly constructed and renovated areas.

Its strategy is to own, operate and develop a portfolio of high quality grocery- and drugstore-anchored shopping centres, freestanding stores, and mixed-use developments primarily in Canada’s top urban and suburban markets.