Avenue Living doubles portfolio in 18 months, tops $3B in AUM 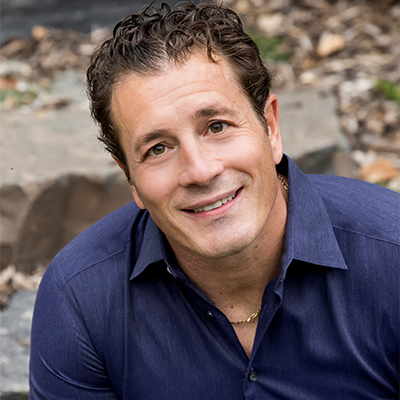 Just recently, the company surpassed $3 billion in assets under management (AUM), building a portfolio that includes multi-family residential across Alberta, Saskatchewan, Manitoba and the US, agricultural land, some commercial real estate and self-storage units.

And Avenue Living has built a platform and infrastructure for the business to continue to build its portfolio in the future.

Anthony Giuffre, the founder, chief executive officer and executive chairman, Avenue Living Group of Companies, said the company has added $1.5 billion in assets in the past year and a half, more than doubling its portfolio during the global pandemic.

“You go through various stages of business growth and the first very long one, probably over a 10-year span, is survival and there’s various parts and pieces of survival,” he explained during an interview with RENX. “The first thing is obviously trying to create sustainable cash flow, a predictable business, and in real estate the big thing is really finding yield, finding areas that will provide you with your own version of a sustainable, competitive advantage.

“Those in real estate, typically that have been long in real estate for a period of time, have the benefit of time. As an entrant 15 years ago, we recognized that we did not have the capital or the time behind us. So we had to create, through initiatives or trying to find gaps in the marketplace, an ability to create our own niche.”

He called Avenue Living’s initial approach an “outside-in strategy”. By starting in Brooks and other secondary or tertiary markets, the firm grew into its later acquisitions in major markets.

“Those were kind of techniques to how we survived – those places that were harder to operate, maybe were passed over by some of the major organizations,” he continued. “What ended up happening is we had the grit and desire to stay in those markets, to understand the markets and through that we became an operator, not a financier.

“Knowing that everything mattered. Every detail mattered. Especially when you’re off-market, you learn how to build a business and as a result you can identify opportunities, you can identify a good deal versus a bad deal, and with that comes all the parts and features now associated with Avenue Living.

“For example, the platform. The platform is necessary because we needed a central hub in which we could operate in all those secondary, tertiary markets.”

Giuffre said Avenue Living has proven the resilience of its business model and vertically integrated platform of shared services, which supports the organization’s multifamily residential, commercial, agricultural and self-storage interests.

The platform is an operational hub that is centralized and has allowed the company to grow its portfolio, as well as focus on the customer experience from end to end.

“When we look at multifamily we’ve really defined ourselves within Canada as a workforce housing expert . . . Workforce housing would be between $15 and $50 an hour of wages earned,” said Giuffre. “We see opportunity to buy within Alberta and Saskatchewan. Continue to infill in the major markets, bigger and bigger complexes.

“I can’t speak to whether or not we’ll reach further east into Ontario and beyond, or into British Columbia, but I can say that we do see ourselves continuing to grow the portfolio within the Canadian construct,” he said.

Although it’s across an international border, Giuffre said there are strong similarities between those markets in Canada and the United States.

“We see that (the U.S.) as a significant area of growth . . . It’s a similar customer, therefore a similar building, similar asset, similar operation.”

On the storage front, Giuffre said the business in Canada is relatively unconsolidated and Avenue Living has managed to acquire 1.8 million square feet in 50 locations. He said there will be continued growth in this area both in Canada and in the US. The portfolio is expanding now into the Maritimes and Quebec and entering the U.S. market.

Growth will also take place in farmland in the Prairies.

When asked how much more Avenue Living can grow from an assets under management perspective, Giuffre said: “The markets are vast. For me to try and put a quantum on it, I don’t think I have that ability. I would say for sure that our platform . . . which to me is the most important thing that we have and focusing on the customer, we know we can absorb a lot more customers because of our platform.

“I don’t see anything stopping us over the next five or 10 years from seeing a further doubling. I could be so bold to say that, over a long enough period of time.”

In the past quarter, Giuffre said the company has added 1,500 residential units in Edmonton and just over 300 units in Calgary. In the U.S., it has acquired assets in Kansas, Madison (Wisconsin), in Colorado Springs, and Ohio. It is also about to close on an acquisition in Tennessee.

“COVID has really stress-tested the business,” said Giuffre. “People didn’t necessarily understand workforce housing on the multifamily side and the corresponding very similar customer on the storage side – that B- and C-class storage customer client whether that would be residential- or commercial-type clientele.

“But it very quickly identified itself as a very sticky customer for the most part because when the chips were down and the economy, as COVID raged for many months, these were the essential workers that kept the economy going.

“So I think we have chosen well in terms of a customer. It’s a great customer and it’s been our ability to endeavour to try and understand our customer better and to complement that with technology to serve them better so that way we can create a service standard . . . that’s trying to be best in class – not to compare ourselves to anybody because that’s not what we do.”

Avenue Living expands its reach, tops $2B in AUM

Mario Toneguzzi Residential Transactions Edmonton Jul. 5 2021
M
Mario Toneguzzi Business reporter
Mario Toneguzzi, based in Calgary has 37 years of experience as a daily newspaper writer, columnist and editor. He worked for 35 years at the Calgary Herald covering sports, crime, politics, health, city and breaking news, and business. For 12 years as a business writer, his main beats were commercial and residential real estate, retail, small business and general economic news. He nows works on his own as a freelance writer and consultant in communications and media relations/training.