Avison Young CEO Mark Rose says his firm has been hoping to purchase U.K.-based GVA for years. This week, the rapidly growing Toronto-based real estate services firm hit paydirt, and in the process ramped up the pace of its global expansion plans. 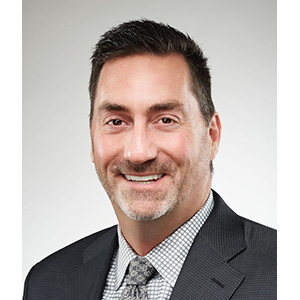 “We knew the company very well, we knew the owners,” Rose told RENX on Thursday, hours after announcing Avison Young will acquire GVA, its 15 offices in the U.K., Ireland and Poland along with its 1,500 employees from global private equity firm EQT.

In total, the move could ultimately double Avison Young’s current global workforce of about 2,500.

Financial details were not disclosed, but the deal was valued at about $350 million Cdn by a U.K. business publication.

EQT had purchased GVA as part of its acquisition of portfolio company Apleona Limited in 2016, but split it away from Apleona earlier this year.

“Within weeks after they purchased it,” Rose said, “I reached out to the lead partners at EQT and said we really need to do something, because I’ve been chasing this company for almost seven years.”

It also had deep knowledge of GVA and its culture; former GVA executive Jason Sibthorpe left that firm to become an Avison Young principal and its U.K. managing director. Sibthorpe had spent 14 years with GVA – a company’s whose roots stretch back two centuries to its founding in Birmingham.

Until this week, Avison Young had about 100 employees in four U.K. offices.

The move is the latest, and largest, in a co-ordinated series of acquisitions and expansions for Avison Young since it received a $250-million preferred equity infusion from the Caisse de dépôt et placement du Québec (CDPQ) in July 2017.

At the time, Rose said one of the key purposes of the deal was to intensify Avison Young’s efforts to become a leading global player in the industry.

He predicted at that time Avison Young, already a “disruptive force” in the industry because it remains privately owned and principal-led, would become even more so: “That’s why we’re doing this, and I think you will see many announcements over the next year or year-and-a-half. . . . We’re going to have some fun.”

That “fun” is likely to continue. Rose said the transaction is financed in such a way Avison Young still retains a large war chest of funds for more acquisitions.

“We’ve actually preserved the CDPQ preferred equity investment,” he explained. “This transaction is going to be financed with cash on hand from operations, and CDPQ is investing more money in this company, and we’re taking out a new credit facility and paying off our higher-interest loans at a lower interest rate term loan.

“So we have still preserved, while adding a very large company . . . we have preserved all of our firepower.”

Rose said there remains much work to be done on the expansion front.

“We still have to grow Paris, we still have to add Amsterdam, add Spain, and we need to add offices in India which I think you’ll hear sooner rather than later. Even in the U.S. we are working, but there are a few holes here and there.”

One aspect of that could be portions of the GVA Worldwide network of licensed affiliates.

“The GVA Worldwide network,” Rose said, “is something we have to look at; whether these are companies to stay with, acquire, keep as affiliates . . . there is all sorts of work to be done there.”

He noted there is overlap between some of the network affiliates in markets where Avison Young already has a presence, including in the U.S. It’s likely those relationships will be “short-lived.”

While the company wants to continue its expansion, Rose stressed he does not want to change the basic culture of Avison Young.

“What matters is the form of how we bring people together, because of the culture and this being down into the deepest part of our hearts and DNA. What we are doing is bringing new people in who will own the same company as those in Vancouver do, and Atlanta and Mexico City,” he said.

“When I say culture, we’ve had opportunities to date to fill all those places, but we wait for the right group because on the day after some sort of arrangement is struck, we are partners together and that makes us family.

“We are very, very disciplined on who gets to play in the sandbox.”

With its largest acquisition to date in the offing, and talks ongoing for further expansion, Rose said Avison Young’s ability to compete against other global players has taken a significant step forward.

“I don’t care how big or how small the previous 37 acquisitions have been, or this larger acquisition. The goal always is to increase the size of the platform of the partnership,” he said.

“This clearly is transformational. I think we were competing against (international competitors) very well, and very hard, before this. I would imagine there is even more concern today, if you were them.”