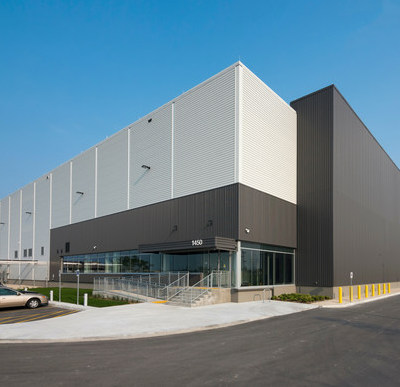 The Bell data centre in Winnipeg, which is being acquired by Equinix as part of a 13-site portfolio. (Courtesy Bell/BCE)

The all-cash transaction remains subject to regulatory and other approvals and is scheduled to close later in 2020.

The 13 data centre sites in the acquisition comprise 25 Bell data centre facilities. Equinix, which is headquartered in Redwood City, Calif., says the additions will increase its presence to almost 225 data centres in 62 metro markets across five continents.

The acquisition will expand Equinix’s coverage in Canada from coast to coast.

Bell will continue to own and operate five other Canadian data centres in its network central offices in Calgary, Halifax, Saint John, St. John’s and Toronto.

“Canadian businesses are in the midst of a significant transformation as they evolve their operations to be increasingly digital and cloud-enabled,” said Charles Meyers, president and CEO of Equinix, in the release.

“With a platform that enables companies to increase the scale, reach and connectivity of their growing digital businesses, Equinix provides a compelling vision for businesses to rapidly and broadly interconnect with the people, locations, cloud services and data that matter most to their business.”

The acquisition adds more than 600 customers to Equinix’s global platform. More than 500 are new to Equinix, and span a wide variety of sectors and business segments, including enterprise, cloud and IT, government and financial services.

In the release, Equinix says the acquisition offers numerous benefits, including:

* increasing interconnection within Canada, and between Canada and the rest of the world;

* and adding key customers in strategic sectors to further increase the value of the ecosystem available at Equinix.

“This expansion is a significant win for Canadian businesses, as well as for multinational companies that can leverage Platform Equinix to increase their digital presence in Canada by interconnecting to a rich ecosystem of customers, business partners and other strategic companies in Canada,” Meyers said in the release.

The 13 data centres, six of which are owned assets, will add approximately 1.2 million gross square feet of data centre space and 400,000 square feet of colocation space to Platform Equinix. The facilities will also provide a platform for future expansion in Canada.

“The acquisition of these 13 strategic assets further extends the depth and breadth of Equinix’s global platform, which currently spans 26 countries and 55 metros,” said Jon Lin, president, Americas, for Equinix in the release.

“It will position Equinix as a market leader for data centre and interconnection services in Canada, with high-quality assets from coast to coast and a large, diversified ecosystem of Canadian businesses.