A 3.4-acre redevelopment site across from the waterfront and Olympic speed skating oval in Richmo... 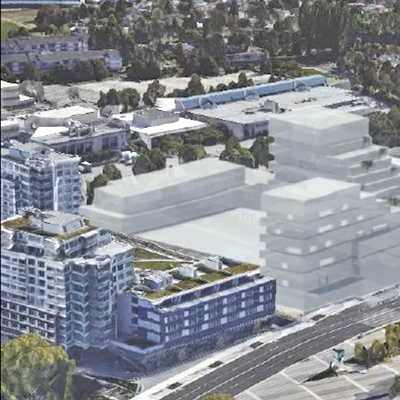 A 3.4-acre redevelopment site across from the waterfront and Olympic speed skating oval in Richmond, B.C., has been sold to Landa Oval Holdings Ltd., by Bene Group.

The $60-million property is currently the site of the two-building commercial Keybridge Centre at 6851-6871 Elmbridge Way.

“It’s a premier waterfront location that still has a lot of infill development which is taking place there right now. It is rapidly transforming with the river district that is being developed by Aspac,” said Bal Atwal, principal with Avison Young in Vancouver which brokered the transaction.

“There has also been some infill development in and around that area with the likes of Onni, Intracorp, Cressy – major developers in Metro Vancouver.

“This is the next piece that will likely get developed in the coming years.”

Landa Group of companies is a Vancouver-based firm which has focused on multifamily development projects in Metro Vancouver.

It has developed eight projects and currently has several others in various stages of planning and development, including the world’s tallest Passive House structure 1400 Alberni and the luxury 1650 Alberni multiresidential tower.

Bene Development, which is based in Richmond, had negotiated with the city to rezone the property for 472,000 square feet of mixed-use density. The plan included three residential towers up to 16 storeys as well as a hotel, retail, commercial, parks and public space.

“They had gone through several revisions on their plan and had gotten quite far along with the city on their application, but it didn’t come with a development permit in hand,” Atwal told RENX in an interview.

“With the decision to sell the property, with the new group coming in, there are likely to be some revisions to put their own stamp on it.”

The site is within walking distance of a SkyTrain station and downtown Richmond. It’s about 15 minutes from Vancouver International Airport and 30 minutes from both downtown Vancouver and the U.S. border.

Among the other developments in the area is the River Green master-planned community, a multi-phase development by Aspac which could see up to 2,600 residential units constructed adjacent to the Richmond Oval.

The 6851-6871 Elmbridge property went on the market early in 2019, but when the Metro Vancouver market suffered a decline in real estate values, the original asking price needed to be adjusted.

“I would say the interest started to pick up significantly near the start of the third quarter of 2019. We started to get a lot more inquiries and then as pricing expectations started to came down, it was just a matter of time.

“Late last year, we were able to get the property under contract which led to closing early this year.”

One-third of density for commercial

Atwal said he current zoning allows for one-third of the total density to be commercial uses.

“I think one of the unique aspects of this site is it’s a great location for potentially a hotel or strata office development and there is flexibility to do either/or,” he noted. “It will be interesting to find out what the buyer’s plans are, which route they decide to go.

“Personally, I think it would be a fantastic location for a hotel.”

A combination of government policy initiatives, a generally more cautious mood in the market and a pullback in international investment pulled down real estate values in Metro Vancouver last year.

However, Atwal said deals such as this one point to something of a recovery in 2020.

“It does show that the market has started to turn around. We’ve had a bit of a dry spell over the last six to 12 months . . . (but now) we are starting to see a bit more traction,” he observed, citing continued strong market fundamentals.

“There’s lots of groups out there that have projects coming to an end in terms of their development pipelines (and) those developers are looking for new projects to take on. The demand is still there for the end products.

“We anticipate a lot more activity this year.”