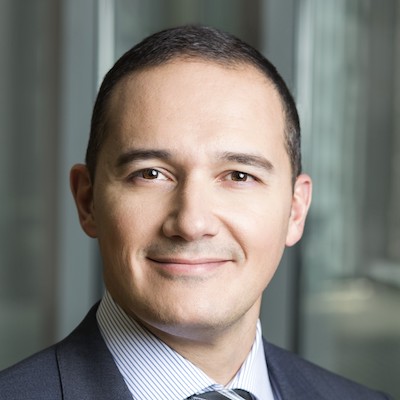 BentallGreenOak (BGO) and Starlight Investments have partnered to acquire three newly built, multiresidential properties in Victoria and in Kitchener and Burlington, Ont., in recent months and plan to purchase several more buildings.

With more than 50,000 units in Canada, Starlight has “a presence in markets where we don’t have the same footprint, even though we’re national,” said Michael Fraidakis, BGO’s managing director and head of Canadian investments.

“They have scale and operational efficiencies and market intel” in all markets. While BGO has its own expertise, Fraidakis said the firm doesn’t have the “operational scale and efficiency” in some markets where Starlight has a significant footprint. Operating at scale and in an efficient manner will result in higher returns.

“We combine best practices on each side,” he said, with the result being a synergistic joint venture.

The partnership began because of a relationship some BGO principals have with Starlight president and CEO Daniel Drimmer. “We got to talking about how we could work together to do something that benefits both firms in Canada in the multifamily space.”

Fraidakis said the partners will put an emphasis on acquiring properties in B.C., Southwestern Ontario, the Greater Toronto Area, Ottawa and Greater Montreal. Other areas, such as Alberta or the Maritimes, will be looked at if opportunities arise, but “they’re just not immediate targets for us.”

For the most part, the partners will be seeking mid-market rentals in properties built within the last five years.

All acquisitions occurred in the last six months with closings within the last three months. The Kitchener property was the first to be acquired in September, followed by the buildings in Victoria in October and Burlington this month.

The Kitchener acquisition, called Highland Square, is a two-tower, 344-unit property at 220 Ira Needles Blvd. Built by a local developer, the first tower opened in October 2020 and the second last summer.

BGO would not provide the addresses of the other properties, nor purchase prices.

Fraidakis noted both Victoria and Kitchener are growing markets. “They’re growing because younger professionals are choosing to live there, not just older folks.”

Victoria, for example, is seeing plenty of in-migration that includes higher-income-earning professionals such as lawyers who commute to Vancouver every week or two.

“It’s more affordable than Vancouver but you have a demographic whose peak earning years are ahead of them,” Fraidakis said. “Victoria might have traditionally been thought of more as a government and retirement area.”

The same can be said for Kitchener, which had an older demographic that is changing because of affordability and technology.

Properties will be sought that are close to parks, bike-friendly and have larger suites where people can work from home if they choose.

“COVID has turned dynamics on its head because technology is allowing us to do anything from anywhere,” he said, “but we’re looking at long-term permanent trends, not temporary shifts.”

The demographics for the properties acquired by the partners will be “across the spectrum” and will include students, young professionals, younger families, empty nesters and retirees. “The common thread is targeting growth nodes where there’s in-migration for a variety of reasons, be it affordability or liveability.”

“We are definitely not exclusive to off-market deals. But, definitely, we’ll spend more time cultivating off-market relationships with developers, local players in the markets that we’ve targeted, to try to see a pipeline of qualifying investments.”

There is “no real ceiling” to the number of properties the partners will acquire, he said.

With more than 750 institutional clients, BentallGreenOak had about US $70 billion in assets under management as of Sept. 30, 2021.

Starlight Investments manages more than $23 billion of direct real estate as well as real estate investment securities. Its multiresidential portfolio numbers about 70,000 units across Canada and the U.S.

RENX Staff Residential Transactions Ontario Dec. 17 2021
D
Danny Kucharsky Business reporter
Danny is a multiple award-winning journalist based in Montreal, who has written for about 75 magazines and newspapers in Canada and the U.S. His credits include The Globe and Mail, Montreal Gazette, Maclean's, Chicago Tribune and a wide variety of business, specialized trade and medical magazines. Danny was also the Montreal correspondent for Marketing Magazine for several years.