The Canderel Group of Companies says its founder and CEO for the past 44 years, Jonathan Wener, w... 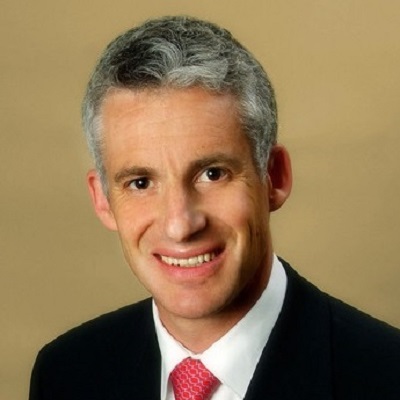 The Canderel Group of Companies says its founder and CEO for the past 44 years, Jonathan Wener, will step down early in 2019. He will be replaced by JLL Canada CEO Brett Miller, who started his real estate career with Canderel.

Canderel says Wener, 68, will remain as chairman of the company and as a principal shareholder.

“We are extremely pleased to welcome Brett back to Canderel,” said Wener in a release. “Brett is a true entrepreneur and has a remarkable track record in growing real estate companies. I am convinced that he is the right leader to continue to develop the company.”

Miller has nearly 30 years of international experience in real estate and entrepreneurial businesses. Since 2012 he has served as CEO of JLL Canada, and under his guidance JLL has been one of Canada’s fastest growing real estate companies.

In his JLL biography, the company credits Miller with helping it become “a top-tier competitor in the Canadian marketplace.” Through the addition of new talent, launching new business lines, and making acquisitions JLL’s revenues increased 1,000 per cent and the company grew from 300 to nearly 1,300 employees under his leadership.

He also oversaw the expansion of JLL’s geographic footprint to cover all major markets, and its services to 15 business lines.

Prior to joining JLL Canada, Miller served as executive vice-president and regional managing director for CBRE, where he was responsible for growing its business in Eastern Canada. Miller also worked in London for News Corporation Ltd., and in Paris as founder and managing director of Nestor Services.

He started his career at Canderel, where he held a number of executive roles dealing in all aspects of real estate.

“I am grateful to Jonathan, who has always been a mentor and I am excited to go back to Canderel where I started my career in real estate,” said Miller in the release. “Canderel has a great pipeline and strong presence in the market. I am looking forward to working with its talented management team to build on this strong foundation.”

Miller holds an MBA from INSEAD in Fontainebleau, France, and a Bachelor of Commerce in Real Estate from McGill University in Montreal.

He is fluent in both English and French.

Wener founded Canderel in 1975 after graduating from Sir George Williams University in Montreal (it later became Concordia University) with a Bachelor of Commerce and working for a time in leasing at First Quebec Corporation.

In addition to building Canderel, Wener has remained involved at Concordia and was named Chancellor of the institution in 2015. Wener is also a well-known philanthropist, having donated millions to the university, cancer research and other causes. He is a Member of the Order of Canada.

Canderel has been an innovator in Canadian real estate investment, development, and asset and property management, with expertise in acquisitions, leasing and marketing, and construction.

The company is based in Montreal with regional offices in Ottawa, Toronto, Calgary, Edmonton and Vancouver.

Its management portfolio is approximately 23.2 million square feet. Since its founding in 1975, Canderel has acquired, developed and managed projects worth close to $15 billion.