BTB REIT closing in on goal of $1B in properties

BTB Real Estate Investment Trust (BTB-UN-T) is on track in 2019 to reach its long-held goal of ha... 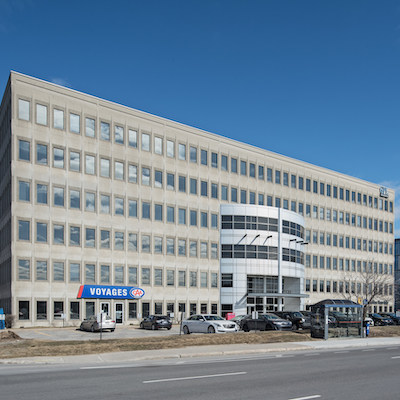 BTB Real Estate Investment Trust (BTB-UN-T) is on track in 2019 to reach its long-held goal of having $1 billion worth of assets, says president and CEO Michel Léonard.

In 2013, Léonard told analysts and investors he expected BTB to double its assets to $1 billion during the next five years.

Reaching $1 billion in assets would represent a milestone for the REIT and provide an incentive to continue to grow, Léonard says. “When you’re at a billion dollar mark, I think that it’s a different type of business” that “will be taken more seriously by institutional investors.”

The Laval acquisition brings to 67 the number of retail, office and industrial properties owned by BTB, with a total leasable area of more than 5.4 million square feet.

Total vacancy in both properties “is just shy of 15 per cent,” Léonard says. That compares to an overall occupancy rate in its 67 properties of “slightly north of 90 per cent.”

The Laval properties are near the city’s courthouse and the CF Carrefour Laval shopping mall and are in an area seeing a substantial amount of construction, “so it creates an environment that is very sustainable on a long-term basis.”

BTB recently sold properties in Sherbrooke and Drummondville, Que., and has about four more properties to sell in smaller markets.

Léonard would like to increase BTB’s holdings in Ottawa but says it is difficult to do so because prices are high.

Montreal, on the other hand, “is very buoyant” and “a great market for all classes,” he says. “We haven’t seen this in a long, long time. We were in the penalty box for quite a while in Montreal, and then all of a sudden it seems that we’re out of the penalty box.”

Quebec City is very stable and is worth investing in although the ability to increase rents in the city is not as high as it is in Montreal. However, many of the tenants in BTB’s Quebec City-area properties tend to be “a little bit of the Who’s Who in the province of Quebec, so that helps us greatly.”

Léonard says BTB is opportunistic when it comes to acquisitions and is looking at all asset classes.

Across BTB’s properties, “we should see a better same property NOI (net operating income) over the course of 2019, so that’s very, very positive.”

He says some REITs are divesting themselves of certain properties “and we’re definitely on their radar as buyers for those” as a way to increase BTB’s asset value.

The acquisition of the former Sun Life-owned buildings in Laval illustrates that approach, he notes. Sun Life has decided to sell non-core properties and increase its concentration on downtown areas.

BTB also considered buying the 11 Quebec retail properties which had been put on to the market in 2018 by Partners REIT (PAR-UN-T) (in early January, Partners subsequently announced an agreement to sell the properties to an unnamed buyer). However, “the prices they were able to glean from these transactions were too high for us. We couldn’t compete at those levels of cap rates.”

BTB’s stock market performance of late has been “lousy,” he admits. “I don’t think there’s another word for it. I’ve yet to speak with a CFO or CEO that was happy with his stock price.”

“The timing for the stock price in the last month of last year was horrible, and basically we went down to a level we haven’t seen in eight years, but it recovered nicely at the beginning of this year and hopefully it will continue,”  Léonard says. “It’s not fun for anybody.”