Industrial vacancy rates in Montreal are in a freefall and the situation will not change until a significant amount of speculative building takes place. 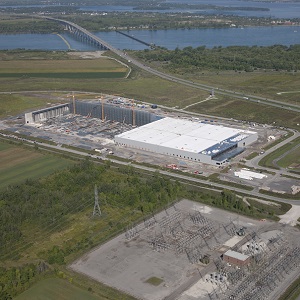 That’s the opinion of industry experts who participated in a session on industrial leasing in Montreal during the Montreal Real Estate Strategy and Leasing Conference on Oct. 30.

While Montreal’s industrial market was “virtually flat” for 15 to 18 years, it has seen a resurgence in the last 24 months, said Jean-Marc Dubé, senior vice-president, group practice lead, Colliers International. “We’re at the lowest point of vacancy we’ve ever been on the island of Montreal,” he said.

When it comes to rents, Montreal is no longer a $5-per-square-foot market, something that was a mantra in the industry for at least 25 years, he said. Average net rents for industrial spaces in Greater Montreal are now $5.71 per square foot.

Dubé said inventory has remained very stable and a lack of new construction is having a major impact on vacancy rates and net rents.

“If anybody’s looking for any type of vacancy with heights and good size, it’s 100 per cent a landlord’s market right now,” he said. “We’re just in a big space crunch.”

When tenants seeking industrial spaces with 50,000 square feet and clearances of 24 feet are told “there are no options, it’s not very well-received,” he said. “Tenants haven’t come to the reality of what’s happening in the market.”

Noting there is virtually nothing available at 28 feet or more, Dubé said it is time for developers to be doing some spec building. However, there are very few spec buildings on the market and developers remain reticent to build.

“We went from flat to a rocket ship in the last 18 months. Developers are concerned it’s not going to continue.”

Most lease terms in the city are of short duration – three to five years – something developers do not want to see for spec buildings. Developers prefer to see 10-year leases, he said.

However, even if spec industrial buildings do get the go-ahead, there would only be an effect on the market in 12 to 18 months, said Robert Giglio, vice-president, leasing at Broccolini. The market can also turn quickly and “you don’t want to be in the wrong place at the wrong time.”

Nevertheless, Broccolini is considering spec industrial construction in Vaudreuil (off the western tip of the island of Montreal) where it has land near Highway 30.

Broccolini is also building a 1.2-million-square-foot distribution centre for Swedish retailer IKEA in Beauharnois (southwest of Montreal), slated for completion next year. It will include three buildings, one of which will have a 118-foot-high, automated storage bay.

Dubé said there is little land available on the island of Montreal to build major new industrial facilities. Molson Coors, for example, would have preferred to stay on the island but has opted to build a plant and distribution centre in Hubert on the South Shore, after more than 200 years on Notre-Dame Street East in Montreal.

Several older industrial properties on the island with 14- to 18-foot ceilings will likely be knocked down for larger facilities but most new construction will likely be off-island in Vaudreuil, Valleyfield, Coteau du Lac, the North Shore and South Shore, he said.

However, the future will continue to be bright for tenants seeking smaller industrial spaces, Giglio said. “Montreal will always be an entrepreneurial city and “your Lachines and St. Laurents will always have small and medium-sized business spaces.”