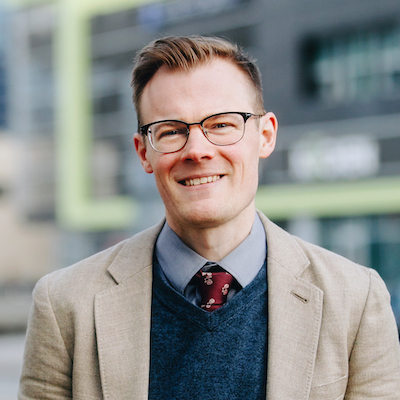 Investment activity improved in the commercial real estate markets in Calgary and Edmonton last year, but economic uncertainty remains a key factor in both cities.

Tatterton expects transaction activity in Alberta’s two largest cities to “continue in a similar path” in 2019.

In Calgary, during 2018 there were 589 transactions valued at more than $1 million, representing a total value of $3.7 billion and a 16 per cent increase from the previous year.

Calgary’s industrial sector had its best year in the past decade, with 132 transactions worth $758 million, which represented 14 per cent growth from 2017. Demand for industrial assets has been strong as vacancy rates have continued to fall.

* 5500 72nd Avenue SE, acquired for $37.6 million by Skyline Commercial REIT from Congebec Inc. as part of a portfolio;

“E-commerce growth has created a desire for well-positioned logistics and distribution centres,” said Tatterton. “Whether or not that momentum will continue in 2019 remains to be seen, but we haven’t seen any indicators that the momentum will stop.”

There were 43 office building transactions worth $960 million in Calgary in 2018, which was up 21 per cent from a year earlier. The largest sale occurred in the fourth quarter with Aspen Properties’ acquisition of the three-tower Sun Life Plaza complex for $225 million from Choice Properties REIT (CHP-UN-T).

Aspen, Slate Office REIT (SOT-UN-T) and Hines were the top three investors, responsible for 55 per cent of overall investment. Office activity led all other asset classes, representing 26 per cent of market share.

“Many of the purchases that we saw in 2018 involved some older office stock that buyers may be looking to reposition in order to attract new tenants,” said Tatterton.

Ttterton added that investors may be taking advantage of discounted prices as vacancy rates remain high, looking long-term for when the market improves.

Calgary’s retail sector experienced strengthening demand for both community and neighbourhood shopping centres in 2018. This resulted in a 14 per cent increase from 2017.

“The best performers were multi-tenant, neighbourhood community shopping centres,” said Tatterton. “There’s strong demand for commercial centres that are well-positioned and well-tenanted with necessary services. Some of them may have the potential for redevelopment over the long term.”

The top three retail transactions were:

* The Market at Quarry Park, acquired by the LaSalle Canada Property Fund for $52.7 million;

* Cascade Shops in Banff, 127 kilometres west of Calgary, which was acquired by Atlas Development Corporation from Investors Group for $43 million;

Activity in Calgary’s apartment building sector increased by eight per cent in 2018, with $348 million invested over 58 transactions. The biggest sale was The Treo at Sherwood, a 158-unit complex bought by Killam Apartment REIT (KMP-UN-T) for $39 million.

“We think that developers and investors are continuing to spend money and look toward the future to build up inventory for long-term development,” said Tatterton. “Prices have been variable. Overall sales went up, but we haven’t seen strong growth in price.”

Edmonton registered 830 transactions of properties worth more than $500,000 in 2018, representing a total investment value of $3.99 billion, which was up 39 per cent from the previous year.

Edmonton’s office sector had 53 transactions worth $550 million in 2018, up 37 per cent from a year earlier. Much of this increase can be attributed to the purchase of the 27-storey Edmonton Tower, a 631,000-square-foot building acquired for $400 million by Alberta Investment Management Corporation from Ice District Properties.

Alberta’s economic downturn has hit the office sector in both Edmonton and Calgary harder than any other asset class, and demand for space remains soft.

“There’s also some competition from new office inventory coming online, with certain projects that are moving towards completion,” Tatterton said of the Edmonton market. “That’s affecting vacancies and competition for product.”

Edmonton’s second-largest office property deal of 2018 was the $22-million sale of Enbridge Tower, which will be converted to a high-end hotel by Lighthouse Hospitality Management Inc.

“We’ve seen several other office transactions bought on a pretty low per-square-foot-cost basis,” said Tatterton. “We see that some of those are slated for possible residential conversion.”

Tatterton said there has historically been a hotel supply issue throughout Alberta, and some developers are looking to catch up.

The $51.2-million purchase of Village Landing in nearby St. Albert by The Jim Pattison Group was the largest deal of the year. Other notable transactions were the $41.8-million sale of Century Park Plaza to Supreme Capital and the $35.5-million sale of Westland Market Mall to Cristall Group Investments.

Edmonton’s apartment sector saw 83 transactions worth $849 million last year, an increase of 69 per cent over 2017. Two of the top five deals took place in the fourth quarter:

* The Hendrix, a 260-unit building acquired by GWL Realty Advisors for $96.1 million;

* and The Pinnacle, a 249-unit building acquired by Timbercreek Communities for $67.3 million.

Tatterton said last year’s apartment building numbers were also inflated due to a large portfolio sale from late 2017 which didn’t close until early 2018.

Edmonton’s industrial sector had 220 transactions worth $841 million in 2018, up 61 per cent. Warehouse and distribution centre portfolios were the drivers, with REITs, local private capital and owners/users all involved in buying.

The top industrial deal of the year was Sunwapta Business Centre, a three-building portfolio acquired by Fiera Properties for $63 million.

Toronto-headquartered Altus Group Limited provides independent advisory services, as well as software and data solutions, to the global commercial real estate industry. It has approximately 2,500 employees around the world, with operations in North America, Europe and Asia Pacific.