The pace of industrial real estate construction in the Calgary region is the second-highest in the city’s history as the robust market continues to see high demand. 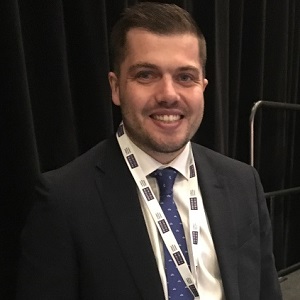 Although a significant amount of the current construction is on spec, millions of additional square feet are planned or expected to begin construction in coming years if current market conditions continue.

With all the new development taking place and in the pipeline, one might think older industrial buildings will be overtaken in popularity by new shiny structures with all the amenities.

Jordan Carlson, director of investment for Anthem Properties Group, told the Calgary Real Estate Forum on Oct. 23 there’s still a place for older buildings in the market and the Vancouver-based company is actively pursuing properties to purchase in Calgary. In May, the company, which has a strong presence in Calgary with its multi-family residential projects, announced it had acquired four industrial properties in the city.

“We have 250,000 square feet in four (older) buildings,” said Carlson, adding the vacancy rate is two per cent. “We wanted to grow our income property portfolio. Cap rates were really compressed in most asset classes in Vancouver and in the States so we really couldn’t see a way to make money in sort of the near term. . . . It was just a way to grow.

“We’re buying stuff where the bay sizes aren’t too big and they have to be very close to the urban core. You’re drawing on just a different tenant base. Like in Vancouver, all the industrial stock in the city, for instance, is very old and antiquated and not very effective. But, it’s full and it trades at huge value just because businesses need space and they need to be close to where the people are.

“So we’re just hoping the space (in Calgary) can maybe be repurposed for breweries, contractors, storage, just anything.”

Carla Fedele Muhlbeier, vice-president for Western Canada industrial with Choice Properties REIT (CHP-UN-T), said she agrees older product is not obsolete. There are users who need the smaller bay sizes.

“Where we are finding it challenging is with costs because you’re having to put money into upgrading (the space),” she said.  “We’re really looking at, ‘Are these improvements generic and will we see value in them long-term?’ ”

Paul Derksen, senior vice-president, industrial, prairie region with QuadReal Property Group, said capital expenditures for roofs, parking lots and related improvements are run over a long period of time, but they need to be done.

“So those are the bogeys that we have, but really, when it comes to a day-by-day basis, the biggest thing that we need to be careful on is the ventilation,” said Derksen.

Fedele Muhlbeier added the Calgary industrial market has shown good resilience and has some momentum behind it today.

Ryan Haney, senior vice-president, industrial with JLL, told the panel attendees that at the height of the economic downturn in Calgary the vacancy rate in the industrial market was 7.8 per cent in the first quarter of 2017. It has dropped to about 5.7 per cent, according to JLL numbers.

A third-quarter market report by Cushman & Wakefield shows overall vacancy in the Calgary region fell to 7.1 per cent from 8.0 per cent for the third quarter of 2017.

A big change in the market is the amount of construction taking place. In the third quarter, there were 3.7 million square feet under construction compared with 633,961 square feet a year ago.

“Decision-makers are somewhat apprehensive on commitments due to uncertainties with politics and the energy market; however, metrics give the impression (it) bottomed in 2017 with gradual improvements since.”

“Developers have begun another construction cycle in anticipation of increasing activity in the coming quarters. An additional 1.3 million square feet of newly constructed space is expected to become available in the fourth quarter of 2018, with another 1.5 million square feet arriving over the course of 2019,” said the Cushman & Wakefield report.

“Despite the arrival of this new space, vacancy rates are forecast to continue to decrease through strong levels of leasing activity and absorption. Cushman & Wakefield forecasts a measured strengthening in rental rates across all bays over the next 12 months.”

CBRE also said an estimated 8.9 million square feet of industrial product is planned or expected to begin construction over the next few years.

It said Calgary’s industrial market posted its seventh consecutive quarter of positive absorption in the third quarter, the most “robust” quarter witnessed since Calgary’s historical high of 3.09 million square feet set in Q2 2006.