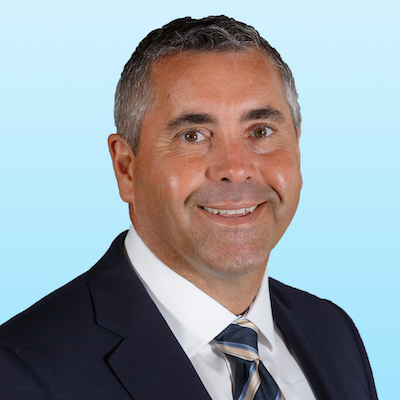 “From the investment community point of view, we’re a top city in which investors look at placing money in. You know, historically it’s been Toronto, Vancouver, and then Montreal and Calgary,” said Matt Binfet, executive vice-president and partner with commercial real estate firm Colliers International in Calgary.

“That trend is going to continue to go forward. I think it’s only going to get better if we get a change in government both provincially and federally (during upcoming elections) and get the oil flowing again.

“The vast majority of real estate is institutionally owned in Calgary, so when product does come available there’s usually a good buying pool for that product. Calgary historically has always been a great place to invest.”

* Colliers was involved in the sale of an industrial portfolio in the Foothills Industrial Park area which included three buildings comprising 622,589 square feet. The property, which was owned by the Health Care of Ontario Pension Plan (HOOPP), sold for just over $77 million to pension fund manager BIMCOR. The properties are located at 7403 48th St. S.E., 7505 48th St. S.E., and 4639 72nd Ave. S.E. Occupancy was 98 per cent;

* Colliers also was involved in the sale of the McCall Landing industrial land, which is a 127.3-acre site adjacent to the Calgary International Airport. The property, which was owned by RioCan REIT (REI-UN-T) and the Canada Pension Plan Investment Board, sold for just over $25 million to Bentall Kennedy. McCall Landing was the largest available parcel of industrial development land in Calgary.

“You typically have pension funds like HOOPP that hang onto a property for a long period of time and they look at re-positioning their money in other assets,” he explained. “This just happened to come into the cycle where they thought that it was a good time to sell and there was a lot of interest in the market for the product.

“It was a three-building portfolio. It was a very diversified tenant mixture. A first-class tenant roster. . . . From an investment point of view, it hit all the talking points, all the criteria that most asset managers are looking for.”

Switch from retail use to industrial

Binfet said the McCall Landing property had been slated for retail development under its previous owners, but Bentall Kennedy is looking to re-position it to industrial use.

“(It’s) a great demographic area in which to draw from for workers. You’re a stone’s throw away from the Ring Road (Stoney Trail). You’re close to the airport. High visibility site. From an investment point of view, it’s just a great long-term play.”

Bentall Kennedy declined to comment about the acquisition when contacted by RENX.

According to commercial real estate firm CBRE Limited, the first quarter of 2019 marked another strong quarter for Calgary’s industrial real estate market. Absorption, which is the change in occupied space, was 649,080 square feet — the ninth consecutive quarter of net positive absorption.

“Demand continues to be largely influenced by a growing need for e-commerce-related distribution space and retailers moving towards bigger and taller buildings,” said a CBRE report on the market. “The most notable transaction for the quarter was Home Depot Canada’s lease of 418,346 square feet in High Plains Industrial Park for its e-commerce fulfillment needs.”

CBRE said 178,536 square feet of new supply was added to the overall inventory and 2.1 million square feet remain in the construction pipeline with more development announcements on the near-term horizon.

Also, an estimated 5.3 million square feet of industrial assets are currently in the planning stages with anticipated development timeframes in the next few years.