The amount of flex office space in Canada increased by 59 per cent over the past three years, but... 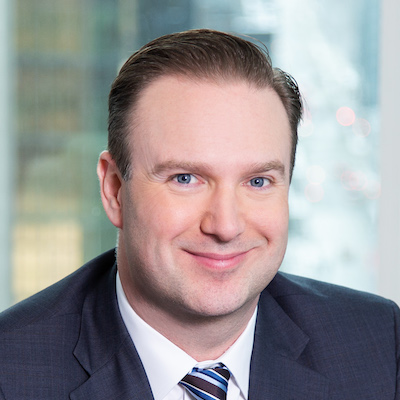 The amount of flex office space in Canada increased by 59 per cent over the past three years, but a new Colliers study asserts the sector still has a lot of room to grow in the country’s major cities.

“Growth is accelerated right now because, other than IWG, there are so many new players to the Canadian market which are just getting started,” Dan Holmes, Colliers’ senior managing director of office for the Toronto Region, told RENX. “Although we don’t expect it to continue at the pace it’s been currently going at for the long term, we can expect this upward trajectory in demand.”

A total of 2.4 million square feet and 110 new locations were added during that time. Despite this growth, flex space accounted for 6.6 million square feet in 12 core markets at the end of last year — representing just 1.1 per cent of national office inventory.

“We’re still a laggard in terms of our adoption rate in Canada and there’s still tons of opportunity,” said Holmes.

The Greater Toronto Area’s 2.7 million square feet of flex office inventory represents 40.8 per cent of the country’s total. This is largely due to IWG’s long-standing presence in the market, as it accumulated flex space prior to the 2000s.

Toronto is also the national leader in growing its inventory, bringing nearly 912,000 square feet to market since 2017.

Looking at major markets in the United States and Europe, Holmes thinks a realistic ratio of flex office inventory in major Canadian cities is between three and five per cent.

For the GTA, that would mean between 7.6 million and 13 million square feet.

“If it was my money, I would be investing in downtown Toronto, where there are still significant opportunities and significant demand, before I went into Atlantic Canada,” said Holmes.

The majority of Canadian markets remain in the infancy stage, with eight of the 12 markets totaling less than 300,000 square feet of flex office inventory.

Waterloo has the highest saturation level of the 12 markets surveyed at two per cent, followed by Vancouver at 1.9 per cent.

Colliers’ survey identified more than 200 different exclusive flex office operators, with a total of 465 locations nationwide. However, 51 per cent of the inventory is dominated by IWG and WeWork.

IWG has the highest number of Canadian flex sites, with 122 open locations totaling 2.3 million square feet and representing 35 per cent of the total inventory. IWG operates five brands, but within Canada is widely recognized for its Regus and Spaces brands.

WeWork started a financial restructuring program last year after it pulled its initial public offering and was burning through funds at an unsustainable rate. Holmes doesn’t expect this to affect its current Canadian operations, but it could slow expansion and stop plans to move into new markets.

“WeWork’s current locations represent approximately 0.17 per cent of Canada’s office inventory,” said Holmes. “Even if they were to pull out of all their leases tomorrow, which they won’t, the Canadian market would still be fine.

“The Toronto, Vancouver and Montreal markets would take the brunt of that hit, though.”

The remaining top 10 flex office space providers each offer less than 130,000 square feet spread over their respective locations. They cumulatively represent 12 per cent of the total inventory.

That leaves 37 per cent of flex space which is provided by other operators, primarily small, single-site providers.

Holmes said IWG and WeWork have 90 to 95 per cent occupancy rates and space is often 80 to 90 per cent spoken for before they even open the doors for new locations.

Even smaller operators such as WorkplaceOne and iQ Offices have 90 per cent occupancy rates, according to Holmes.

Across the 12 markets surveyed by Colliers, monthly averages for a shared desk, dedicated desk and private office were $297, $443 and $854 respectively. Rates, unsurprisingly, were highest in Toronto and Vancouver.

During periods of uncertainty, rigid lease terms can end up having costly consequences. The benefits of flex office space include the ability to easily upscale or downsize a business or exit obligations on short notice.

Other motivations for choosing flex space include location, networking opportunities, the elimination of capital expenditures and an efficient and streamlined process for end-users.

Holmes said flex space providers try to pay landlords as close to market rates as possible, but will generally charge end-users a premium in exchange for more flexible terms.

That premium can vary based on the operator, the number of desks or offices required in a flex space and features the end-user chooses.

“Depending on the type of industry and the type of tenant, if your company is in growth mode, you’re prepared to pay a 30 to 50 per cent premium just to secure flexibility and secure the right employees.”

* Amazon took 100,000 square feet in a WeWork location at Bentall II and Bentall III in Vancouver;

“These types of early adopters and large-scale tenants are setting a trend for all tenants to consider securing a portion of their space to be fixed and a portion to be flex,” said Holmes.

“We don’t expect large tenants to decrease the amount of flex space in their portfolio, as it’s becoming the new norm.”