Canada’s industrial real estate market continued to surpass expectations in the first quarter, as investors were eager to snap up properties while rents increased due to demand outpacing supply. 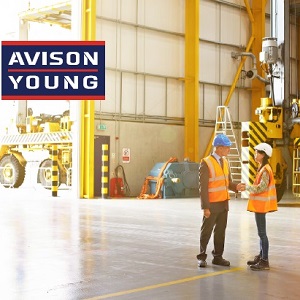 “I believe every market will see gains over the course of 2018 and beyond,” said Bill Argeropoulos, principal and practice leader, research (Canada) for Avison Young, which recently released its spring 2018 industrial market report.

“Despite historically low vacancy levels in Vancouver and Toronto, these two markets will remain stalwarts among Canadian markets. Montreal will see continued demand now that its economic house is in order.”

There’s more than two billion square feet of industrial space in the 11 Canadian markets surveyed in the Avison Young report, and there was a record low national vacancy rate of 3.3 per cent in the first quarter. That was down 40 basis points year-over-year.

Just 8.1 million square feet of industrial space was delivered in the 12-month period ending in the first quarter of 2018, which was half of the new supply completed in the previous year.

There’s 16.2 million square feet of industrial space under construction, with Toronto and Vancouver accounting for more than half of it. Fifty-three per cent of the space is pre-leased.

Some of the largest industrial buildings under construction across Canada, from west to east, are:

* The 453,620-square-foot Delta iPort Building 1 in Delta, B.C. is being developed on spec by GWL Realty Advisors and Healthcare of Ontario Pension Plan (HOOPP) and should be delivered this quarter;

* The 607,200-square-foot StoneGate Industrial Building B in Calgary is being developed on spec by ONE Properties and should be delivered in the fourth quarter of 2018;

* The 546,000-square-foot AGLC distribution centre in St. Albert, Alta. is being developed by Alberta Infrastructure for the Alberta Gaming & Liquor Commission and should be delivered in the third quarter of 2018;

* The 823,514-square-foot 400 Industrial Centre Building A in Toronto is being developed by ONE Properties. The Toronto Transit Commission will occupy 542,572 square feet as the lead tenant. It should be delivered in the fourth quarter of 2019;

* The 1.2-million-square-foot IKEA distribution centre in Beauharnois, Que. is being developed by Broccolini for IKEA and should be delivered in late 2019.

Industrial rents are on the rise, which is pushing asset values higher. Canada’s average industrial net asking rental rate increased by 25 cents per square foot year-over-year to finish Q1 2018 at $8.30 per square foot.

“On average, industrial rents are higher in Western Canada because of the red-hot leasing and investment markets in Vancouver, which is skewing the Western and Canadian rental rate tally to the upside,” said Argeropoulos.

“Industrial land in its traditional sense has largely vanished from the Vancouver market due to a number of factors, including the ongoing erosion of the supply of industrial land through redevelopment, which is being accelerated by amendments to industrial zoning bylaws and increasingly by what the city considers industrial activity in its community plans.”

The industrial market is becoming more closely linked to e-commerce, and there’s increasing demand for large-format distribution and fulfillment centres close to urban markets. The online grocery business is also transforming single-purpose warehouses so they can store frozen, cold and dry goods under one roof.

The pace in which e-commerce and technology are challenging the industrial real estate sector is determining how, where and what type of product is being built. The trend is forcing stakeholders to think out-of-the-box to future-proof their assets, according to Argeropoulos.

The burgeoning commercial cannabis industry will need to munch a lot of space.

Data centres and cryptocurrency mining operations are also in need of more room. They’re focusing on Quebec because of their need for large amounts of electrical power and the province’s relatively low hydro rates.

“There is a growing interest in the conversion of older manufacturing facilities across the province,” said Argeropoulos. “On the cryptocurrency front, Hydro-Quebec is seriously considering raising the rates for this user group as demand for the additional electricity necessary to operate is increasing rapidly.”

The industrial sector isn’t without challenges, however, including rising land costs and development charges and a dwindling supply of developable land in some markets. This could lead to multi-storey, stacked industrial facilities becoming the wave of the future.

“Raising or repurposing dysfunctional buildings into more than one use is a sure way of future-proofing your assets,” said Argeropoulos.