Canadian Tire Corporation (CTC-T) and CT REIT (CRT-UN-T)  will issue up to $300 million in shares to help fund its growing expansion, acquisitions and development plans. 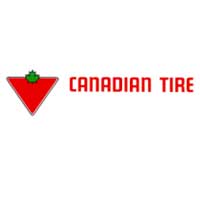 The offerings would leave Canadian Tire Corporation (CTC) owning approximately 75.1 per cent of shares in CT REIT if the offerings, plus a 10 per cent over-allotment provision, are all fully exercised. The syndicate of underwriters handling the offerings, on a bought-deal basis, is being led by RBC Capital Markets and Scotiabank.

CTC intends to remain the majority unitholder of CT REIT over the long-term.

On closing (which is expected to happen on Nov. 28), CTC and CT REIT will receive gross proceeds of $200 million and $65 million, respectively.

The underwriters also have an over-allotment option to purchase up to an additional 2,788,000 units on the same terms and conditions, within 30 days following the closing.  If exercised in full, the gross proceeds to CTC and CT REIT will be $225 million and $75 million.

“The sale of an approximate 7.4 per cent equity interest in CT REIT demonstrates our ample financial flexibility and is consistent with our capital allocation strategy,” said Stephen Wetmore, CTC’s president and CEO, in a prepared statement. “Real estate continues to play an integral role in Canadian Tire’s strategy and CT REIT provides an effective channel for our ongoing investment in this core asset.”

CTC plans to use the proceeds for continued investment in its “owned brand strategy”, including the recent acquisition of Helly Hansen, and for general corporate purposes.

CT REIT’s portion of the proceeds will help fund previously announced acquisitions and the ongoing development of and redevelopment of its existing properties. Prior to closing of the offering, CT REIT also plans to pay down amounts owing on its credit facility.

“This sale of units by CTC and CT REIT should enhance the trading liquidity of CT REIT’s units, to the benefit of all unitholders,” said Ken Silver, president and CEO of CT REIT, in the statement. “We look forward to continuing our strategic relationship with CTC and this offering supports the execution of our proven growth strategy to generate value for all of our unitholders.”

CT REIT has been steadily expanding, intensifying and developing its property network. In its Q3 2018 earnings report a few weeks ago, the REIT announced a half-dozen new projects including Phase 1 of the redevelopment of its Orillia Square Mall in Central Ontario and a new 154,000-square-foot retail development in Fort St. John, B.C., which will be anchored by a much-expanded Canadian Tire retail outlet and gas bar, as well as a Marks Work Wearhouse store.

In total, it expects to spend about $72 million on the newly announced projects.

Among other projects, the REIT is also wrapping up two new store developments in Alberta, and facilitating the move of Canadian Tire’s Calgary distribution centre to an adjacent, 625,000-square-foot building which it purchased from Sears about two years ago.

Canadian Tire Corporation Limited is a family of businesses that includes a retail segment, a financial services division and CT REIT.

In addition, CTC owns and operates Helly Hansen, a leading global brand in sports and work wear based in Norway.