CT Real Estate Investment Trust (CRT-UN-T) CEO Ken Silver said the purchase and leaseback of a Sears Canada distribution centre in Calgary in 2016 allowed it to acquire a piece of “fabulous real estate”. Now, it is putting that investment to good use. 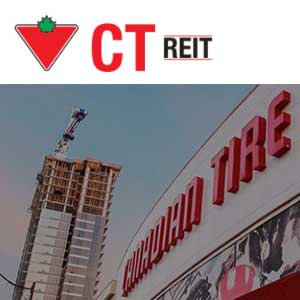 Sears Canada, which is shutting down its Canadian operations due to bankruptcy, has notified CT REIT it is disclaiming its lease on the 625,000-square-foot warehouse. In turn, CT REIT has leased the property to its affiliate Canadian Tire Corporation (CTC-A-T), which will move in from its existing smaller facility next door.

“CT REIT has entered into a 10-year lease with Canadian Tire Corporation (CTC) for the building located at 25 Dufferin Place SE (Calgary), as well as an additional six acres of land to be leased for trailer parking, commencing May 1, 2018,” Silver, president and CEO of CT REIT, said in a release.

“This 625,000-square-foot building, acquired in 2016, is strategically located, adjacent to CTC’s main distribution centre for Western Canada, and has direct access to the Canadian Pacific intermodal facility along with easy access to the Deerfoot Trail and Stoney Trail highways.”

Sears will vacate the distribution centre by Feb. 3.

The Sears Calgary site is comprised of two adjacent properties – the distribution centre at 25 Dufferin Place SE and a 30,000-square-foot building at 5500 Dufferin Boulevard SE.

CT REIT acquired the Sears property in an off-market transaction in 2016 for what Silver considered a bargain price of $84 million. Speaking at the RealREIT conference in Toronto in the fall of 2017, Silver said CT REIT saw Sears’ downfall coming and approached the company to buy the property.

“Our interest in the property was, the Sears DC is actually right next to Canadian Tire’s distribution centre in Calgary and we knew that Sears had an easement onto the Canadian Pacific intermodal rail yard because Canadian Tire had one as well,” he said. “We just thought it’s fabulous real estate. ”

By purchasing it off-market, Silver said CT REIT was able to buy at a time when Sears was “at the stage where they were burning the furniture,” to raise capital.

“I think the irony of it is if the building had been vacant I would have had competition for the property. But the fact Sears was the tenant kept everybody away,” Silver said. “We’ll see how things unfold, but we are very happy with the real estate.”

The release also announced CT REIT acquired 5.5 acres of land adjacent to 11 Dufferin Place SE for $4.2 million, completing the assembly of the block between 52 Avenue SE and the Canadian Pacific intermodal facility.