Centurion Apartment REIT will acquire a two-thirds interest in a portfolio of 30 Greater Montreal... 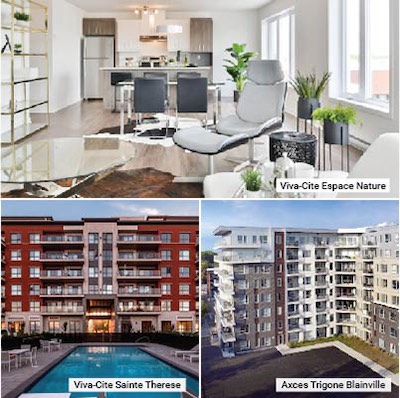 Centurion Apartment REIT will acquire a two-thirds interest in a portfolio of 30 Greater Montreal Area apartment buildings in the largest single multifamily transaction ever in the Province of Quebec. The deal comprises 3,678 apartments in recently built properties.

The properties are currently owned by a trio of investors including development partner Habitations Trigone, Fonds de Solidarité FTQ and Montez Corp. Montreal-based Trigone, which has been involved in constructing over 22,000 apartments and condos in Quebec since it was formed in 1991, is maintaining its investment in the properties.

Fonds FTQ and Montez are exiting the venture.

“It’s a game changer for us,” said Greg Romundt, president and CEO of Centurion Apartment REIT and its parent Centurion Asset Management in an interview with RENX. “Thirty buildings, almost 3,700 units, I don’t know if or when we’ll see another portfolio of new (buildings) come again, of this scale. It may take many years, if ever.”

The value of the transaction has not been announced. The deal, which has been in the works for about six months, is expected to close in November.

“We’re very excited about it. We think there are tremendous opportunities in Quebec and Montreal in particular,” Romundt said.

In addition to being the largest single multifamily transaction in Quebec, it will also be the largest transaction for the REIT, which held about $3.7 billion in assets as of the end of Q2 2021.

Apart from one property located close to downtown Montreal, the remaining 29 properties are split between the North and South shores of Greater Montreal in some of area’s fastest-growing suburbs.

They’re within proximity to schools, entertainment, shopping and parks.

“Our strategy for the last number of years has been to focus on new construction properties, both buying them and also financing developers, either through debt or equity, to build new apartments across Canada,” Romundt explained.

“The average vintage for this portfolio, the 3,700 apartments, is about two years so it is perfect for what we want to own. The other thing is it’s consistent with our strategy of trying to acquire suburban and exurban properties.

“If you look at the location map that we published as part of the announcement. . . . I think there are one or two core properties but most of them are in the suburbs.

“We’ve been very consistent really, almost since I started the company, of trying to pursue those suburbs and exurbs because I believe it is where people can afford to live fairly inexpensively compared to the core markets.

“I also believe it’s much more affordable to build in the suburbs and certainly this portfolio is proof of that in spades.”

Built between 2016 and 2021, the properties offer a mix of studio, one-, two- and three-bedroom suites with condo-quality finishes including stainless-steel appliances, large windows, in-suite laundry facilities and balconies.

Coupled with location, the amenity features have enabled the properties to attract a broad range of tenants, from mature residents to the young professional demographic.

Romundt said having a range of amenities across Centurion’s portfolio is important to service different segments of the rental market.

“Amenities matter, but they aren’t a requirement in every asset. It depends on price points and there are a variety of price points,” he said. “Some people are willing to pay for highly amenitized assets and there is a market for that.

“But, there is also a market for just new, well-maintained and well-serviced but still affordable (apartments) because amenities cost money. There is plenty of demand across all of those price spectrums.” 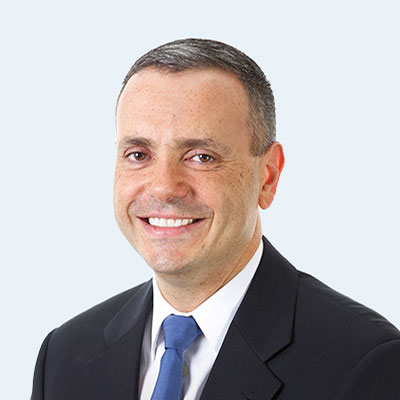 Greg Romundt is the president and CEO of Centurion. (Courtesy Centurion)

Romundt said the ongoing pandemic hasn’t changed Centurion’s growth strategy. The suburbs and markets just outside the cores of cities such as Montreal, Toronto and Vancouver remain major targets for the REIT.

“For us, COVID really didn’t change our strategy as to where we wanted to buy, because that was already what we were doing, buying in the suburbs and exurbs. It just accelerated a trend that’s already been in place and I don’t think it’s going to reverse,” he said.

In addition to its market research, Romundt said the anecdotal evidence of Centurion’s Toronto head office experience also plays into that strategy.

“In our head office, we are still working remotely and here we are 19 months into COVID,” he said. “About a third of my head office staff has moved to the suburbs.

“A third. No one has moved back (downtown).”

He said many employees won’t have to return full-time to the office, working a hybrid home/office schedule instead, making suburban living an even more attractive option.

New apartments to be built outside city cores

He believes the vast majority of Canada’s new apartments over the coming years will be outside the core for a variety of reasons, including land costs, improving public transit, lifestyle decisions and affordability.

“I believe that structurally Canada is going to build more apartments in the next decade than we have in two generations. I’ve been saying that for about two years and that traffic is starting to take off,” he explained.

“You have to pick your niches where you think you can succeed and I think building new, if you go into the right locations, the opportunities for returns are excellent.”