Choice Properties Real Estate Investment Trust (CHP-UN-T) saw its rental revenue rise by 5.9 per cent while recording net income of $405.3 million in 2017 — compared to a net loss of $223.1 million a year earlier. 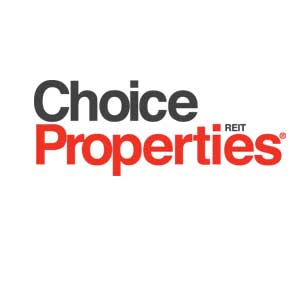 “Throughout the year, we made progress on all fronts and achieved important goals in each of our core drivers: acquisitions, development and active management,” Choice Properties president and chief executive officer John Morrison said during the REIT’s Feb. 14 fourth-quarter conference call.

EDITOR’S NOTE:  Choice Properties’ conference call was held Wednesday, prior to Thursday’s announcement that it is acquiring CREIT for $6 billion.

Choice Properties acquired three retail properties totalling 243,594 square feet, as well as land for development in Toronto and Hamilton, from Loblaw Companies Limited (L-T) for $61.7 million in the fourth quarter of 2017. That brought the total number of 2017 acquisitions from Loblaw and third parties to 12. They encompassed 517,018 square feet of GLA and six parcels of land for future development. The cost was $126.17 million.

“Our renewal rate this quarter was 58.2 per cent, with an average rent increase of 12.7 per cent. Overall, we maintained our total portfolio’s high occupancy rate of 98.9 per cent, which was flat compared to 2016.”

Choice Properties constructed 63,000 square feet of new GLA during the fourth quarter for projects to be completed this year for 19 third-party tenants in Ontario, Quebec, Nova Scotia and Saskatchewan. There was 201,000 square feet of GLA built on greenfield and intensification sites during the year.

Morrison said Choice Properties has a pipeline of intensification opportunities on which it will continue to execute.

“What you will see over time in the short to medium term is that they will start to diminish because we will start to run out of opportunities. But as that is happening, we will be ramping up our capital spend on the mixed-use residential projects.”

One of those mixed-use projects is on North Road in Coquitlam, B.C., the site of an 86,709-square foot Your Independent Grocer, where Choice Properties has initiated the pre-planning process.

There are also two major mixed-use developments in the works in Toronto.

Choice Properties has a long-term plan to revitalize and redevelop its Golden Mile Shopping Centre. The 19-acre site at 1880 Eglinton Ave. E. now comprises 237,000 square feet of retail space anchored by a No Frills food store.

Choice Properties envisions six new development blocks with a connected network of new streets and open spaces featuring retail shops, anchored by a Loblaw-bannered food store, along with a range of new housing types and employment uses that will vary in height and density.

It’s proposed the site will comprise approximately 89 per cent residential, nine per cent retail and two per cent office.

“We’re projecting to start construction on what we call phase one next year,” said Morrison. “Phase one will entail building the new retail component first, and then we would go back and demolish the existing retail and start building out the balance of the project.

“We expect that the schedule we have today is going to continue because all of the indications we have from the City and its committees have been very positive.”

“We’ve been engaging with the community in advance of any official applications with the City because we feel this project is a little bit different in terms of where it’s located,” said Morrison. “It’s an integral transit hub for the City of Toronto so we feel it’s a different situation and will be a larger community that we’re going to be building there.”

There’s been plenty of behind-the-scenes work with the City on the master-planning aspect of the project, and Morrison said Choice Properties has been receiving feedback on an unofficial basis. He expects to file an application for an official plan and zoning bylaw amendments in late spring.

Choice Properties issued $650 million in senior unsecured debentures from a debt offering in January, which executive vice-president and chief financial officer Bart Munn said during the conference call “improves our financial flexibility and refinancing risk.” The REIT has $210 million in liquidity available on its credit facility.