Cominar REIT (CUF.UN-T) will sell its entire real estate portfolio outside of its core markets of the Montreal, Quebec City and Ottawa/Gatineau areas in a bid to reduce debt and improve its balance sheet. 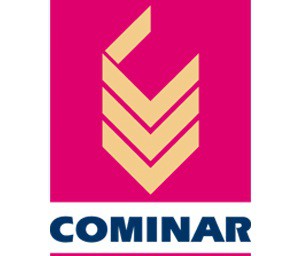 The move comes after DBRS downgraded the credit rating for the REIT’s unsecured debentures from BBB to BB. It means Cominar is no longer constrained by the need to maintain its geographical diversification to support an investment grade rating, he said.

“Certain of you have commented on the lack of a clear plan on our part on our recent quarterly calls,” Dallaire said in a Thursday conference call with analysts and investors. “But I reiterate we first needed to settle the outcome of our DBRS rating before moving forward.”

Dallaire said Cominar has been working for months on a plan in the event of a downgrade.

Debt-to-gross book value of 48 per cent

He said the majority of proceeds from the sales ($875 million) will go toward reducing Cominar’s debt-to-gross book value to below 48 per cent, which becomes its new long-term debt target.

About $125 million of proceeds will go toward a normal course issuer bid for the repurchase of about nine million units of the REIT, while about $200 million will go toward acquisitions and developments in its core markets to increase net operating income.

The plan is to concentrate on markets “where we have a dominant position and where we achieve the most synergies from our highly internalized leasing and operating platform. This is where Cominar is at its best.”

Cominar is the third-largest REIT in Canada with 524 properties in a portfolio that totals 44.1 million square feet.

In Quebec, it is the largest commercial property owner in the office, retail and industrial sectors.

“These markets are our roots,” Dallaire said. “Our strategy plan is to remain solidly diversified through each of our three asset segments and through the very distinct nature and performance of each of our core market regions.”

The sale of Cominar’s non-core properties will likely occur over the next 24 months.

Cominar is in discussions with brokers and the properties will likely be marketed starting this fall in six to eight portfolios grouped to maximize buyer interest and sales proceeds, Dallaire said. The properties are of high quality and “we are pursuing these sales to reset our balance sheet,” he said.

He anticipates sales could go to pension funds, other REITs or private organizations.

6.2 million square feet to be sold

The Toronto area and Atlantic Canada assets are doing well with “no issues with the performance of the portfolios,” Dallaire said. However, “Alberta is a tough market” and Cominar is unwilling to sell its properties in the province at “fire sale” rates.

Since 2011, Cominar has increased geographic diversification outside of Quebec as “we were seeking the investment grade ratings,” he said.

“Honestly, if you were asking me ‘would you start over again to buy property outside of the province?’ The answer is ‘no’.”