Core Development Group’s wholly owned Avanew subsidiary is looking to become a leader in the earl... 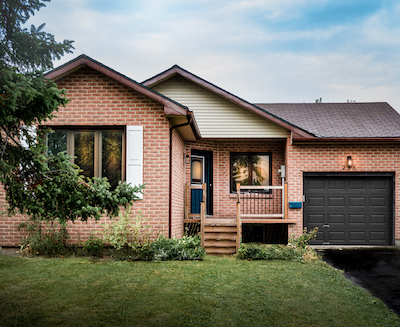 Core Development Group’s wholly owned Avanew subsidiary is looking to become a leader in the early-stage Canadian single-family rental (SFR) sector with a $250-million investment over the next three years.

The SFR asset class started in the United States as fallout from the 2008-’09 financial crisis. At that time, institutional buyers were able to buy large numbers of homes at deeply discounted rates and rent them.

“The yield on renting those homes was as good as, and in most cases better than, the yield generated out of multifamily assets,” Core founder and chief executive officer Corey Hawtin told RENX. “They were able to deploy capital faster and bring stabilized product online sooner than through developing multi family.”

The SFR sector has been growing rapidly in the U.S. but has yet to make major inroads in Canada. Avanew is looking to change that. It launched a pilot project last year and fully launched its SFR program in March.

“Canada works just as well as the U.S., but it hasn’t been institutionalized here yet,” said Hawtin. “But it will, and we want to be leading that charge.”

Faran Latafat, president of the SFR division, spent a year researching U.S. market fundamentals and did an Ontario-wide study of 30 municipalities to determine what markets it wanted to be in.

Avanew already has $30 million of SFR assets under management in Barrie, Cambridge, Hamilton, London, Kingston, Peterborough and Huntsville. The goal is to eventually be in 20 markets.

“On an income basis and a yield basis, we’re on par with, or in most cases outperforming, businesses in the U.S.,” said Hawtin.

About 75 per cent of the current portfolio is rented and the rest of the properties are being renovated. Avanew is aiming to acquire 15 homes a month and it takes approximately three months to renovate them to its design standards.

Avanew is initially targeting markets with growing population bases and sources of employment that have relatively easy access to the Greater Toronto Area (GTA) and proximity to highways 400 or 401. Houses in these markets are more affordable and obtainable than in Toronto, where prices are so high Hawtin said it makes the SFR model difficult to achieve profitability.

Avanew likes clusters of at least 50 houses within reasonably close proximity of each other to give it scale and make it easier for property management. It also prefers locations close to downtown cores that are walkable and have access to amenities.

There are more than 20,000 homes sold in Ontario annually which fit Avanew’s investment criteria. Core closed an investment fund at the beginning of this year and will have $250 million in debt and equity to dedicate to the SFR program, according to Hawtin.

Avanew purchases existing single-family detached, duplex, triplex and quadplex houses, with an average size of close to 3,000 square feet. It renovates and converts them to dual units, then rents them.

“From acquisition to having renters in the house, it can be as little as three months,” said Hawtin. “We leverage a proprietary technology that helps us acquire homes. It uses algorithms that rate the homes and the markets and the areas.”

The fully integrated technology platform, where all pertinent information is included in one database, took about a year-and-a-half to develop. It enables Avanew to see if a house and neighbourhood meet its acquisition criteria and shows what houses sell and rent for in that market. If all systems are go, an offer can be made on a house within a few minutes of it being listed.

“We can follow a home all the way from acquisition through renovation and lease-up to property management,” said Hawtin. “In that way we’re able to keep a lean model.”

Ontario’s population has increased by more than nine per cent in the last five years, adding an additional one million people to the province. Housing completion rates have remained almost stagnant during that time and a shortage of rental options persists.

A recent CIBC report stated 47 per cent of renters say they’re unable to purchase a home due to increasingly high housing prices and more than 65 per cent say low interest rates haven’t motivated them to consider purchasing as a viable alternative to renting.

Tighter mortgage rules, affordability constraints, increased construction costs and more transient lifestyle preferences from Canada’s growing population are all contributing factors to the steady decline of home ownership rates across the country, adding to the increase in demand for rental housing.

This has led to Toronto-based Core also creating a co-living division for Avanew. Co-living is a purpose-built rental solution for the sharing economy, where residents share common areas of units such as living rooms and kitchens, while retaining private personal spaces.

“We like mid-rise product for co-living,” said Hawtin. “It works well for the model.”

While the co-living division is looking at repurposing existing buildings, the focus will be on new construction.

Avanew is targeting transit-oriented sites within the Toronto core strategically positioned in neighbourhoods along major avenues and close to major transit, entertainment and amenity hubs.

“Our goal is to bring on four co-living assets a year,” said Hawtin.

There are a few other properties in the acquisition pipeline, Hawtin added, including a couple under due diligence.

Core was founded in 2014 and is a fully integrated company offering property acquisition, due diligence, financing, development management, construction and project monitoring services to clients and development partners.

“We take a very new-age approach to development,” said Hawtin. “We have a lot of agility.”

– and Birchcliff Urban Towns, another RAW Design four-storey stacked townhome project with 52 units on the southeast corner of Kingston Road and Birchcliff Avenue.

There are three projects in the planning approvals stage:

– a 37-storey Giannone Petricone Architects-designed condo with commercial space on the northeast corner of Front Street East and Sherbourne Street in Toronto;

– and a 27-storey Studio JCI-designed condo with commercial space at Lakeshore Road and Martha Street in Burlington.

There are also plans for:

– a Giannone Petricone Architects-designed mixed-use condo, in partnership with Menkes, on the site of Filmores Hotel at the northeast corner of Dundas Street East and Jarvis Street in Toronto;

– and the Studio JCI-designed The Manderley, a 10-storey mixed-use condo with 198 units and retail at grade at the northwest corner of Kingston Road and Manderley Drive in Scarborough.

‘I don’t think I’ve ever been more bullish’: Tricon CEO

Tricon sells 80% stake in $1.33B US multifamily portfolio

RENX Staff Residential Development Toronto / GTA Mar. 23 2021
Steve McLean Business reporter
Steve is a veteran writer, reporter, editor and communications specialist whose work has appeared in a wide variety of print and online outlets. He’s the author of the book Hot Canadian Bands and has taught reporting to college students. He is based in Toronto.