Retail industry has ‘never’ faced a threat like COVID-19

While the retail sector has had its share of challenges over the past few years, they pale in com... 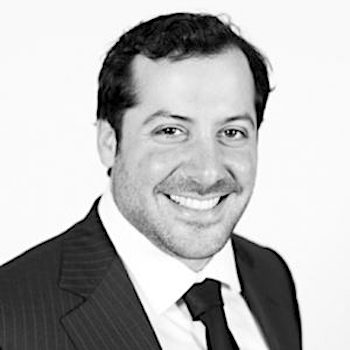 While the retail sector has had its share of challenges over the past few years, they pale in comparison to what it’s facing now.

“Never have we experienced a threat as acute as what we’re experiencing today, living with COVID-19,” said RBC Capital Markets Real Estate director Nurit Altman, who moderated an April 21 Canadian Real Estate Forums webinar dealing with the impact of the pandemic.

“The virus and corresponding shutdown are threatening the entire retail ecosystem, from supply chain to the retailers themselves, their landlords and their lenders.”

Jay Freedman is the executive vice-president of client relations and business development for real estate services firm Oberfeld Snowcap. Its retail advisory services include site selections, portfolio optimizations and retail restructuring in Canada and the United States for more than 200 retail banners.

Freedman expects the pandemic to force some retailers into bankruptcy.

“Seasonal product that is currently in the retailers’ locations is now worth basically 10 to 20 cents on the dollar,” said Freedman. “Beyond that is the product that they purchased for spring, and it doesn’t look like we’ll have much of a spring to operate and sell product.

“So all of those costs are now thrown out the door and the retailers are eating the cost of that product.”

Freedman said three-out-of-10 current e-commerce shoppers are new to it, which could hurt bricks-and-mortar retailers when they reopen if those people continue to shop online. He believes many of them will.

Government assistance so far has helped small businesses or franchisees, and more relief is expected for retailers.

It will provide loans, including forgivable loans, to commercial property owners who lower or forgo the rent of small businesses for April (retroactive), May and June.

Implementation requires partnerships between the federal and provincial and territorial governments responsible for owner-tenant relationships.

The program will eventually have an impact, but details are still being finalized.

Freedman said a large percentage of retailers will need bank loan restructuring, government relief programs, landlord assistance with rents and revised payment terms with suppliers to make it through.

Take the food and beverage sector, for example.

Restaurants Canada, a not-for-profit association representing the country’s food service industry, said two-thirds of the 1.2 million workers in the sector – a $93-billion industry – have lost their jobs.

In an April 2 update, it said nearly 10 per cent of restaurants had already closed permanently and another 18 per cent would permanently close within a month if current conditions continue.

Upon reopening, restaurants could face occupancy limits and may have to reconfigure tables to enable physical distancing, which could go on for a significant period of time. This limiting of clientele will cause further pain for owners. 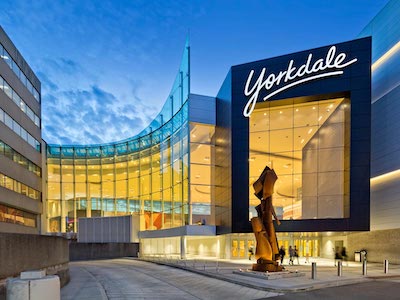 Brad Jones is the head of retail for Oxford Properties Group, which owns 10 shopping centres and 14 million square feet of retail space.

With April rent collection so low, and May’s due date rapidly approaching, Jones said Oxford will have to “compensate or assist retailers in the best way we can. We’ve looked at deferrals, we’ve looked at abatements and, quite frankly, we’re waiting to see what our federal government is going to propose in order to assist our industry.”

Oxford is owned by the OMERS pension fund, which must pay more than 500,000 pensioners each month: “We have an incredible amount of financial obligations to fulfill, just as the retailers do,” said Jones.

Jones said Oxford has received rent relief requests from about three-quarters of its retail tenants and is working with those businesses.

However, Oxford can’t deal with rent abatements or rebates now because it doesn’t know how long or deep this downturn will be, or what government assistance may be offered.

Banks must also be involved in negotiations, Jones added.

The one positive is essential service providers, needs-based retailers and banks, which governments have allowed to remain open, are operating and paying full rents at Oxford’s shopping centres.

Sunita Mahant is senior director of legal services for Ivanhoé Cambridge, which owns more than 20 shopping centres in Canada.

Mahant said Ivanhoé Cambridge has received a “large volume” of requests from retail tenants for rent deferrals. It offered them to some tenants for April and is monitoring the situation for May.

Requests are being evaluated and Mahant stressed the importance of mutual respect and effective communication to find workable solutions.

She said most landlords are dealing with tenant rent relief requests on a case-by-case basis instead of making blanket policies, which makes sense.

When it’s time for retail to reopen

Jones said Oxford is dealing with tenants through webinars and conversations to discuss staffing, cleaning and other protocols to prepare for the eventual reopening of shopping centres – hopefully this summer.

Jones stressed health and safety will be the top priority and openings may be graduated. Enhanced cleaning will take place, physical distancing measures will be in place and stores and malls won’t likely let as many people through their doors as in the past.

Oxford is considering opening its malls between 11 a.m. and 7 p.m. instead of 9:30 a.m. and 9 p.m. so stores can save money on staffing, as the earlier and later hours aren’t generally as busy.

Jones hopes to be at 70 to 90 per cent of pre-COVID-19 customer traffic levels in September or October, and that sales will be at a similar ratio.

Freedman said in Asia, where stores have begun to reopen, foot traffic and sales are at 40 to 45 per cent of pre-pandemic levels so far. If that happens in Canada, it would make covering rent and other expenses difficult for retailers.

It will take a few weeks for retailers to ramp up and reopen, Freedman added, as they’ll have to clean and disinfect stores, obtain new product, hire back staff and change store layouts and protocols to better enable physical distancing.

Kobi said some retail tenants have been looking at quiet enjoyment covenants and force majeure clauses in their leases to seek rent relief.

“This means the tenant has exclusive possession of the premises and access to the premises subject to the terms of the lease, without substantial interference by the landlord or any person claiming through the landlord.”

If the government forces building closures, or it is unlawful for buildings to remain open, this would be an owner’s defence against any breach of quiet enjoyment allegation, Kobi said.

“If your particular landlord has closed a mall or restricted access before the government-mandated closures began, or it continues with the restrictions after the closures are lifted, then maybe there’s an argument.

“But it’s important to remember that most quiet enjoyment clauses are qualified by the words ‘subject to the terms of the lease.’ ”

That means not being in default of your lease requirements: “tenants beware that you may lose your quiet enjoyment rights simply by not paying rent.”

Even if a tenant is successful in a legal action involving the quiet enjoyment covenant, Kobi said it’s only likely to receive a claim for damages at best, and not a rent abatement or termination right unless that was bargained for in the lease.

Mahant said other tenants think they may have a case for rent relief through a force majeure clause in their lease.

“A force majeure is basically described as an event that is beyond a party’s control, preventing that party from performing its obligations under a contract or a lease.”

“A triggering event has to make performance impossible,” she said.

“If you can rely on and choose to rely on your force majeure clause, just be mindful that you have a duty to mitigate the effects of the triggering event and take commercially reasonable efforts to minimize your losses.”

Kobi also pointed out most force majeure clauses are drafted to suspend rent obligations for a short period of time while an event is taking place: “It’s not an abatement and it’s not a termination unless it’s specifically provided for.”

The role of insurers

Kobi said many retail tenants have reached out to insurers to see if their financial hardships may be covered, but so far they haven’t had much success.

The precise wording of policies and coverage exclusions is important, and she recommends having lawyers look at policies.

Kobi said a national class-action lawsuit was filed on April 6 against some of Canada’s largest insurance companies for their “alleged refusal to pay coronavirus-related business interruption claims.”