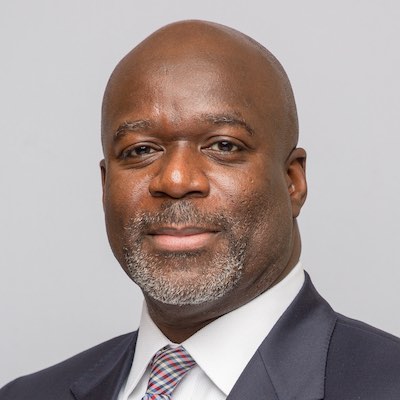 A Dec. 17 webinar — introduced by KingSett chief operating officer Anna Kennedy, moderated by REALPAC chief executive officer Michael Brooks and featuring a five-person panel — focused on the Black Opportunity Fund, the BlackNorth Initiative and actions that can be taken by companies to advance the cause.

“We understand that transforming this system of inequality in our workplaces is not something that can happen overnight,” said Kennedy. “We recognize the need, as an organization, to not just contribute but to champion the fight against systemic inequalities in the workplace as well as our wider communities.”

Brooks followed up by quoting some statistics to offer perspective.

People of colour represented 22 per cent of the Canadian workforce in 2016, which is expected to increase to 36 per cent by 2036, according to Statistics Canada. Brooks also quoted a 33 per cent unemployment rate for youth of colour compared to 18 per cent for white youth.

REALPAC’s 2020 compensation study, which was expanded to include diversity data and featured more than 50 commercial real estate respondents, indicated:

* 14 per cent of companies had a diversity and inclusion program;

* three per cent of companies had a dedicated diversity and inclusion budget;

* four per cent of companies that had addressed diversity and inclusion used consulting services to develop their programs;

* 23 per cent of companies believed their diversity and inclusiveness efforts were reasonably effective.

The Black Opportunity Fund is a partnership between businesses, philanthropists, foundations and the black community to combat the impact of anti-black racism in Canada.

The permanently endowed fund intends to catalyze the cultural, economic and political growth required to enable institutions, governments and businesses to embrace greater diversity at all levels. It will prioritize initiatives around education, healthcare, youth, women, social justice, immigration, technology, entrepreneurship and politics.

Through corporate and individual donations, the goal is to build a $1.5 billion pool of capital over the next 10 years.

Starlight Capital CEO and chief investment officer Dennis Mitchell founded the Black Opportunity Fund with 50 other black business leaders who decided, “It was time to give more than money, but also their time, expertise and networks to support the larger black community.”

“We’re not here with all of the answers,” said Mitchell. “We’re here to listen to the black community and, in that way, better advocate on its behalf.”

Mitchell pointed out many organizations serving the black community aren’t registered charities, but non-qualified donees, so they can’t get the consistent funding necessary to scale up. The Black Opportunity Fund could help fill that gap.

These entrepreneurs also don’t derive as much capital from family members and friends, which hurts their ability to grow their business and “create the type of inter-generational wealth that spawns more entrepreneurialism within the community.”

Mitchell said more than 250 volunteers support the Black Opportunity Fund, from Halifax to Vancouver, and include people of different sexual orientations and genders, as well as those born in Canada and immigrants.

Mitchell said Black Opportunity Fund representatives undertook a 100-day “listening tour” which solicited input from thousands of people to “ensure that we understand the challenges that face black community organizations and black entrepreneurs.”

Research has shown having more gender and racial diversity results in better economic performance, according to Mitchell.

“The world is changing and it’s going to come to a point where, when you’re looking to bid on properties or when you’re looking to rezone areas, that seller or that municipality is going to turn around and say ‘We’re only interested in accepting bids or only interested in awarding zoning’ to companies that look like the communities they want to do work in.”

The BlackNorth Initiative was founded in June by Wes Hall after the highly publicized police killing of George Floyd in Minneapolis in May. Hall also founded and is executive chairman of shareholder services and advisory firm Kingsdale Advisors and The Canadian Council of Business Leaders Against Anti-Black Systemic Racism.

The BlackNorth Initiative asks CEOs to sign a pledge committing their companies to, among other things:

* increase efforts to make workplaces trusting places to have conversations about anti-black systemic racism and to ensure no barriers exist to prevent black employees from advancing within the company;

* create and share strategic inclusion and diversity plans with the BlackNorth Initiative’s board of directors.

BlackNorth Initiative signatories are also asked to hire five per cent of their workforce from the black community or have 3.5 per cent of executive roles held by blacks by the end of 2025, according to Isabelle Adjahi, a Montreal-based senior investor relations and communications executive who is the BlackNorth Initiative’s Quebec representative.

Four hundred business leaders from a variety of industries, companies and organizations have signed the CEO pledge.

While signatories commit to support the BlackNorth Initiative financially, the organization accepts donations and just launched a campaign to raise $50 million. 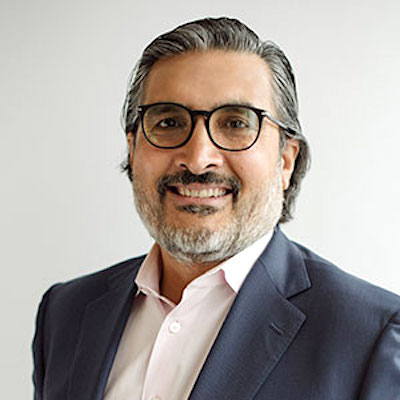 BentallGreenOak, a signatory to the BlackNorth Initiative, has adopted a policy that says two-thirds of its new hires must be visible minorities or women.

“It’s just math,” said the company’s New York City-based CEO Sonny Kalsi, who noted half of all people are women and visible minorities represent 40 per cent of the U.S. population.

“I want our company to represent the broader society in which we operate. I want us to look like that because that’s what we should look like.”

Kalsi said racial employment data isn’t collected in Canada like it is in the U.S., Europe and Asia, so it’s a challenge to establish a baseline. BentallGreenOak, therefore, is tracking that information internally to baseline its Canadian operations.

“Hiring is the easiest part and I’m not going to take any BS from anyone when they try to tell me that there’s no one to hire out there,” said Kalsi. “That’s such a cop-out.”

Jaqui Parchment is the CEO of Mercer Canada — which provides services to foster the growth of health, wealth and career-oriented businesses — and a member of Black North Initiative’s board of directors.

Parchment stressed the importance of “belonging” in advancing diversity so people feel comfortable in the workplace. That was lacking when she was a co-op student who had moved to Canada from Jamaica four years earlier, she said.

“As a black person, I’ve had innumerable people ask me what it feels like and to share my experience. After a while it becomes difficult and tiring to speak about this, but I always do because I think it moves us forward.

“But if you’re going to ask, I would ask that you listen and not have the conversation be about your own feelings, the black friend you may have, your own experiences, and turning the conversation around to make yourself comfortable. If we’re going to move forward with the belonging agenda, we have to get used to being uncomfortable and we have to get used to truly listening.”

Parchment said blacks from every sphere of life say they lack role models in positions of leadership and influence because existing systems were built for white men. Companies have to re-examine human resources processes “to utilize the talents of all of our people instead of a small minority.”

Parchment is actively involved with human resources consulting and stressed the importance of retaining talent that can move Canada forward.

“Remote working is going to create a workforce that’s more flexible and can work from anywhere. We know that, globally, Canadian talent is really prized. We, as Canadians, need to make sure that we have a really engaged workforce that wants to stay and work for our companies . . .”

Racial diversity should be an economic imperative, Parchment said.

“You should believe that your workforce — particularly your millennials and below, regardless of colour — really care about this. So if you want to attract and retain talent, you better get on board.”

“I want different frames of reference and points of view, different ways of thinking, and experiences in life, in my company,” said Colliers Canada president and CEO Brian Rosen, the only white panelist (aside from moderator Brooks) who took part in the webinar, which was watched by approximately 250.

“It’s important for our clients and our community, and to help my business grow. If I’m just getting the same points of view on things all of the time, it’s a limited perspective.”

Rosen has signed the BlackNorth Initiative CEO pledge because it sets measurable targets and pushes companies to meet them.

“It holds my feet to the fire,” he said.

Steve McLean Commercial Executives National Dec. 31 2020
Steve McLean Business reporter
Steve is a veteran writer, reporter, editor and communications specialist whose work has appeared in a wide variety of print and online outlets. He’s the author of the book Hot Canadian Bands and has taught reporting to college students. He is based in Toronto.