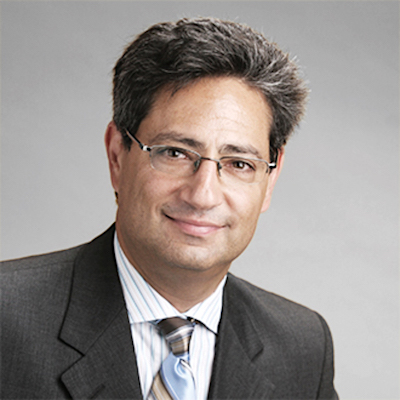 In 1998, Peter Altobelli became Yardi’s first Canadian employee. He’s since been joined by more than 400 others as the Canadian operation has become an integral part of the software solution provider’s impressive global growth.

“We’re the largest real estate software and technology company in the world, with over 7,000 employees in over 45 offices in over 80 countries,” Altobelli told RENX in a recent interview.

Yardi got off to a modest start in 1984 when president and founder Anant Yardi launched the company out of his Santa Barbara, Calif. home. He created what was then known as the Basic Property Management program for the Apple II computer and sold it to its first customer, Sabaco Realtors.

Altobelli’s affiliation with Yardi began five years later, after he left his job as a software programmer writing code for McMaster University Medical Centre in Hamilton. He started a company that developed software products for the home building, property management and real estate brokerage industries, and Yardi was one of the companies he engaged with as a value-added reseller.

Altobelli’s company grew, but he realized it would take plenty of cash to take the next step in its expansion.

Given an opportunity to sell to Yardi and help the American company establish a stronger foothold in Canada, Altobelli joined the firm in August 1998 and hired a handful of people to work with him.

Canada’s place in the Yardi universe

Altobelli’s current title is Yardi Canada Ltd. sales vice-president and general manager. He oversees an operation that employs nearly 300 in Mississauga, almost 100 in Saskatoon and about 30 in Vancouver.

“Canada hasn’t just become a sales and marketing group and support team,” said Altobelli. “Now it’s doing energy, energy development, IoT (Internet of Things) and IoT development. It’s become a strategic part of our company that offers products and services worldwide. Out of all the successes, for me that’s one of the biggest things.

“Starting something from one or two people to seeing it really drive our company and our company’s clients around the world is an amazing thing.”

Yardi runs integrated multi-lingual and multi-currency applications. Clients from different countries can look at information about the same property and view results tailored specifically to them as part of a single solution.

Altobelli knows what worked in the past likely won’t be good enough today or in the future from a technology perspective, as companies’ needs have exceeded core financial accounting solutions.

“Mobility was a big game-changer, and now IoT and AI (artificial intelligence) are going to be the next big game-changers,” said Altobelli, who expects them to be part of the daily operations of real estate companies within the next year.

“COVID has really sped up the development of this kind of technology because of social distancing and the need and desire to do things remotely.”

The pandemic has also caused Yardi to tweak its Canadian growth strategy. Altobelli said ensuring software stays safe, clients are able to conduct business from a remote environment, and they’re able to take care of clients, are major concerns these days.

He emphasized Yardi meets and exceeds all privacy and security requirements, and that all data is kept in Canada.

The way real estate companies function in 10 years will be much different from today, as AI and IoT become more prevalent and more integrated with property operations, he believes.

While he said Canadian real estate companies have generally lagged behind their counterparts in the United States on technology, the proptech explosion of the past few years has steered their focus toward modernization and innovation.

“Not all proptech companies are going to survive. Sometimes they have great ideas, but that’s only a piece of a bigger picture. And that one little piece may not be big enough to make it in the market,” Altobelli explained. “So you’ll see a lot of them go under, and you’ll see a lot of proptech companies coming together to piece together their technologies and create more robust solutions.”

Altobelli said Yardi has worked hard to stay ahead of the technology curve.

“We prefer it that way because, when a company is ready to move to new technologies, we’re already there. We’re not behind an eight-ball trying to catch up.”

How Yardi has grown

Most of Yardi’s growth is internal, Altobelli said, but it will also buy smaller companies, learn about their products and their clients’ needs, and reframe things using its own technology.

The company has a simple philosophy in its approach to acquisitions.

“We pour the money into our technology as we maintain your clients and make sure your clients are happy. Then we can provide an upgrade package to them. When and if they’re ready, they can upgrade.

“If they’re happy with the existing technology they bought from you, that’s no problem. We’re here to support them and keep them happy.”

Diversity is important to Yardi

“When you’re pulling people from different cultures and different ways of life all together, the end result is something that’s so much more dynamic,” he said.

“It makes no difference to us where you’re from or who you are. If you have the qualifications, we want you to work for us.”

Tech will drive success for multi-res and CRE in 2021

Peter Altobelli Residential Proptech National Dec. 22 2020 SPONSORED
Steve McLean Business reporter
Steve is a veteran writer, reporter, editor and communications specialist whose work has appeared in a wide variety of print and online outlets. He’s the author of the book Hot Canadian Bands and has taught reporting to college students. He is based in Toronto.