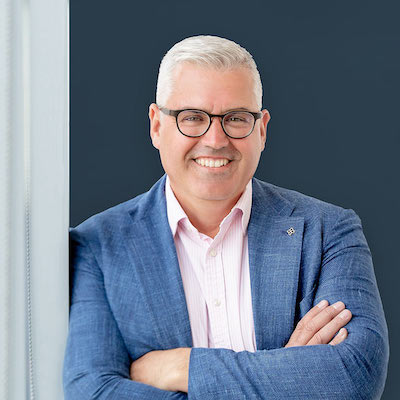 Both Oxford and Investa believe they are barely scratching the surface of the capabilities AI could soon unlock for them.

“The opportunity in the property market is huge. It’s the largest asset class in the world, as we all know. Right now there is an opportunity to really take some ground in this area,” said Joanna Marsh, the general manager of innovation and advanced analytics at Investa, during a presentation at the virtual Propel by MIPIM NYC conference last week.

“At Investa about two years ago, we decided to focus on data and analytics to drive competitive advantage.”

That decision led to a partnership with SparkBeyond, and then the inclusion of Toronto-based Oxford to expand the scope and reach of the venture, known as Project Alpha. Oxford and Investa have an existing investment relationship dating back several years.

“When I met Joanna, we started comparing notes on what the art of the possible was, and it just gave me so much hope for what we can do in the industry,” said Hopkins, who arrived at Oxford about a year-and-a-half ago from Thomson Reuters with a mandate to “help Oxford imagine what the real estate company of the future looks like and help build it.”

Employing artificial intelligence will be a key part of that future, said Hopkins, who has three decades of experience in the tech sector.

Investa initiated the project by targeting key areas in which it “hunts” – for potential acquisitions, for better ways to manage its own buildings, and for new investors.

“We started building,” Marsh explained. “We built an acquisition hunting machine that allows us to not just look at properties on the market or properties we may know through our excellent deal teams relationships, but also every property.”

That translates to about 50,000 buildings within its investment catchment area.

“We can match those assets, whether they are on- or off-market, to (our) investment theses. We then take another layer where we go, ‘OK, who owns those assets and what is the propensity for those owners to sell?’ And we can start matching the two together in order to be extremely targeted in our deals teams and acquisition methodology.”

That led to a similar experiment to construct an “investor-hunting machine” which Marsh said produced more successes.

As it worked with SparkBeyond on frameworks for these applications in the Australian market, Investa began seeking to expand the project. That’s where Oxford came in.

“I ended up talking to Dean and we ended up thinking, ‘Let’s do something together’,” Marsh said. “With a bigger balance sheet, with Oxford Properties, with different asset classes across a global market.”

Hopkins had already realized that despite this type of analytical capability being available in other investment sectors, real estate was lagging.

“I (soon) realized I was taking something for granted that didn’t exist,” he said.

Hopkins and Oxford got to work assembling their own team to join the project and see what they could accomplish.

“It started with a thesis that said, ‘Can we actually identify buildings from the outside looking in that have value that is unrealized? Call it Alpha.’ So that is why we called it project Alpha.

“Or, if we point that toward ourselves, can we asset manage better. Can we actually lift the value of those assets by making targeted investments and avoid the other investments that wouldn’t actually increase the value.” 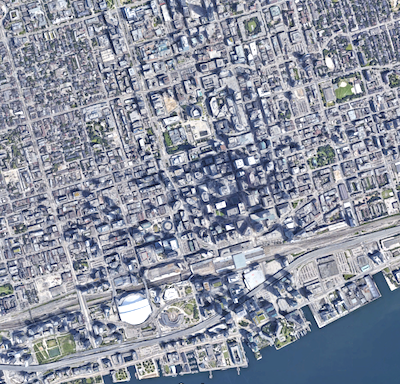 The SparkBeyond AI engine being employed by Oxford and Investa is capable of monitoring and continually updating the performance data of thousands, or 10s of thousands, of buildings. (Google Maps)

The answer has been a resounding yes. Although compiling sufficient data to refine the AI engine has at times been a major challenge, Investa, Oxford and SparkBeyond have already identified new analytics metrics.

“We’ve actually conjured up, thanks to the team, two really interesting metrics which are proprietary we can’t really talk about, because we are really excited about them,” Hopkins said. “They actually tell a great story from the outside-in, looking at a market.”

The new metrics identify buildings within particular market segments which are above, or below, market value.

“We think that algorithm is only going to get better with time as we start applying it to other markets, which will then make our investment teams even more productive.

“We’re pretty excited about the future and applying it to other categories, like hunting for customers and hunting for investors which we think have huge, huge, huge opportunities.”

SparkBeyond chief commercial officer Amir Haramaty said the engine works by employing “brute force” data ingestion. Once all the possibly relevant data has been scooped up, parameters and questions are input, which allows the AI algorithms to come to conclusions.

“We always feel that ‘A’ and ‘I’ are arguably the most used, and abused, letters in the English language at the present time,” he said. “We actually collect those two letters to the most important word, which is impact.”

The process involves a lot of trial and error, but both the users, and the system, learn from their successes and failures.

“We take those two letters A and I to create a problem-solving platform,” he said, noting the machine can “fully automate” the creative process.

The machine can also continually monitor and update assessments to reflect changing conditions which it either recognizes, or is based upon updated or new data.

“What we’ve done with Joanna, hunting, is incredible,” Haramaty said, noting one value-add opportunity which the AI engine surfaced.

“We were (analyzing) some ESG funds for off-market properties where we were able to find 32 properties, I believe, very quickly and (to) be able to identify the rating was 2.3 ESG stars and if you replace the air conditioning it is three stars.

“Those are the type of actionable insights you can take from there.”

Issues for Oxford, Investa to overcome

Hopkins said the capabilities are ground-breaking.

“I think you are one of the only people in the world monitoring all the relevant buildings in your catchment area and truly trying to understand them and their movements,” he said of Marsh and Investa, “because that seems just impossible to do with spreadsheets and typical methods.”

One key problem can be a lack of available data about building performance and other metrics in many jurisdictions.

“That sends us down the path of, we have to do something about the data here because without rich data, without data that’s organized by asset, it becomes extremely difficult to actually look for data signals,” he explained.

Even with 1,500 data providers in the industry, “in order to get any signal, you need to take all 1,500 and lay them over each other to get some sense of what’s going on, and even that leaves big, big holes.”

However, using its base of knowledge the AI engine can even overcome some of this problem. He expects both the amount of data and AI’s ability to learn from it will improve.

“The tools are available, the data is a bit scarce but we can overcome that with knowledge,” Hopkins said, noting one more major lesson has been learned. “It’s the talent and the skills and the ability to harness the power of all these instruments to help us kind of figure out these answers that is in scarcity.”

On that front, Oxford is already moving to find and train more people in this emerging sector.

“What I would say is if you are not thinking about data you are already behind . . . and it is no longer sufficient to use traditional data science. We are at the frontier and we need to think about our use cases,” Marsh said in concluding the presentation. “And lastly, we need to move.