Oxford Properties Group has made a $474-million investment in Lineage Logistics, the world’s larg... 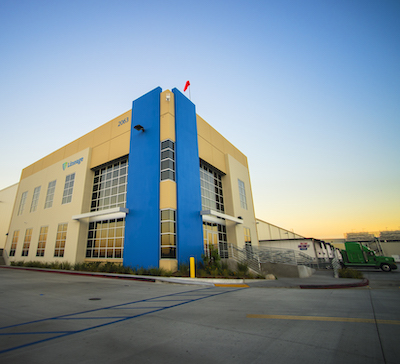 Oxford Properties Group has made a $474-million investment in Lineage Logistics, the world’s largest provider of temperature-controlled logistics.

The investment is part of a massive $2.11-billion equity raise by Lineage, which includes investments from both new and existing partners. Other entities involved in the financing include BentallGreenOak, D1 Capital Partners, Cohen & Steers, OPTrust, CenterSquare Investment Management, and investment funds managed by Morgan Stanley Tactical Value, among others.

The transaction will fund Lineage’s ongoing growth initiatives, including acquisitions and organic expansions.

While this is Oxford’s first investment in the cold-storage logistics sector, the deal continues its expansion into logistics and the diversification of its real estate holdings.

“Our investment into Lineage is part of our strategy to capitalize on the increasing demand for infrastructure that serves the digital economy,” said Kevin Egan, Oxford Properties’ head of investments, North America, in a release announcing the investment.

“The cold-storage sector has highly favourable tailwinds via a combination of population growth, a growing consumer preference for fresh food and the continued adoption of e-commerce in the grocery sector, which has accelerated due to the current pandemic.

“As a result, the value of the cold-storage market is forecast to grow 13 per cent annually reaching (US)$275 billion by 2024.”

Lineage, based in Novi, Mich., has been growing at a rapid pace. The company says it has increased its refrigerated space by an average of 60 per cent annually since 2008 to its current inventory of 1.9 billion cubic feet, on 56 million square feet of floor space.

The company, founded by Bay Grove Capital, was established in 2008 with a single facility in Seattle.

It has not been a significant operator in Canada, but does own facilities in Ingersoll and Woodstock in Southwestern Ontario.

Lineage acquired the four facilities (two in each location) when it bought the family-owned Ontario Refrigerated Services Inc., in July. Combined, the facilities provide 510,000 square feet, and 16.2 million cubic feet, of capacity.

So far in 2020, Lineage has announced 16 acquisitions and executed on 15 expansions and greenfield facilities. It is also developing some of the world’s most advanced, fully automated warehouses during a period where the COVID-19 pandemic is straining the global food supply chain.

“Since the company’s founding in 2008, we have been on a mission to transform the food chain by building a global platform, fuelling it with advanced technologies and putting in place a world-class leadership team to lead this industry,” said Adam Forste, co-executive chairman of Lineage and co-founder and managing partner at Bay Grove, in the announcement.

“From the acquisition of our first warehouse, we have been able to build Lineage by having great investors — this capital raise adds an incredible group of new strategic partners and board participants that will further accelerate our ability to grow and innovate.”

As a result of its investment, Oxford president Michael Turner will be appointed to the Lineage board of directors.

“Over recent years, Oxford has substantially increased our exposure to logistics real estate by selectively investing in a series of best-in-class operators across the globe and Lineage represents the premier operator in cold-storage sector,” said Turner in the release. “I look forward to working with the Lineage management team and the rest of the board, which has transformed the company into the global market leader.”

Also announced were the addition of several board observers, including John Carrafiell, a founder and senior managing partner of BentallGreenOak, and Zhang Xin, the CEO of SOHO China, one of China’s largest and best-known commercial property developers.

Increasing its exposure to the global logistics market is one of Oxford’s key priorities. Since early 2018, Oxford has built and invested in best-in-class logistics platforms across the globe to substantially increase its weighting to the sector.

At the start of 2018, logistics represented only four per cent of Oxford’s assets. Today, Oxford is rapidly closing in on its target to have approximately a third of its deployed equity in the asset class.

In July, Oxford made a $649-million follow-on investment in ESR, a leading Asia-Pacific region logistics real estate provider, to become its largest institutional shareholder. Oxford was a cornerstone investor in ESR’s IPO to the Hong Kong Stock Exchange in November 2019.

“We invest thematically and with conviction, but are creative with our capital around how we generate returns,” Egan said in the release. “Beyond acquiring a property of portfolio, Oxford can develop, invest in debt or platforms to unlock high-quality opportunities.

“The cold-storage industry is a sector that is poised for growth and demonstrates great resilience and defensive attributes in this current climate. Our investment will provide access to the sector’s market leader and supports its management team to execute its growth strategy.”

Established in 1960, Oxford manages approximately $60 billion of assets across the globe on behalf of its co-owners and investment partners.

With its global headquarters in Toronto, Oxford operates out of 17 regional offices including London, Luxembourg, New York, Singapore and Sydney.