Commercial real estate investment across Canada was projected to hit a record $50 billion in 2020... 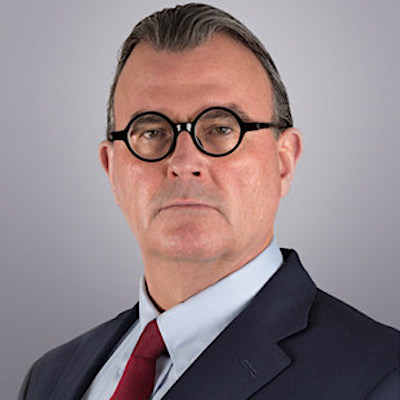 Commercial real estate investment across Canada was projected to hit a record $50 billion in 2020 before the COVID-19 pandemic changed everything.

Peter Senst, president of Canadian capital markets for CBRE, led five top-ranking executives in analyzing what has happened since, and where they see things going in the future, during a virtual Real Estate Forum session on Dec. 3.

“The industry is looking for stability and trying to determine the right next steps in how, when and where to invest,” said Senst, who moderated a panel which boasted a combined 150 years of experience.

While conditions brought about by the pandemic have created a disconnect between sellers and buyers and reduced the number of transactions, there are investment opportunities available.

Mouchakkaa said working from home is more of a North American phenomenon than Asian, so BentallGreenOak sees opportunities in the Japanese office market, where daytime occupancy has returned to between 80 and 100 per cent after falling to between 30 and 40 per cent in May due to COVID-19.

“Home affordability is still a challenge and purpose-built rental is part of that solution,” he said. “We think it’s prudent to invest through that potential softening and not get too panicked about it.”

“We’re concerned that, through the pandemic, people will have learned how to be much more effective using a smaller group of people to run their businesses. If all the banks get rid of five to 10 per cent of their employees, they’re not going to use as much office space. I think that will be a bigger issue than working from home.”

Buildings are becoming obsolete faster than they used to, according to Cooper, who expects many older properties to be torn down or repurposed.

Cooper, the portfolio manager for Dream Impact Trust, said $600 million of capital has been invested to date and another $100 million will be coming in January.

“What COVID showed us was that the way our economy and communities work doesn’t work for everybody,” said Cooper.

QuadReal has more than 75 million square feet of industrial space under management globally and is aggressively adding more, according to Lopez. The company also likes multifamily because it’s difficult to disrupt since people always need a place to live.

Lopez doesn’t believe the work-from-home trend will continue and thinks offices will still be needed to promote creativity, team-building, culture and trust within companies. He just doesn’t think now is the right time to purchase office buildings.

Lopez said shopping centres have been hurt by increased e-commerce and the demise of some department stores, but they’re typically in good and accessible locations that have potential.

“The bar and the expectations for enclosed non-essential retail in particular have been set so low that it’s possible that, when we are all allowed out of our homes, that we don’t want to sit at our computers and order our goods from our computers anymore,” said KingSett Capital chief investment officer Rob Kumer.

“We may see a gathering around retail again.”

KingSett and Starlight Investments partnered to buy Northview Apartment REIT for $4.9 billion in February. Kumer said the portfolio has performed well through the depths of the pandemic.

Slate owns several hundred grocery stores in Europe and has a large portfolio of grocery-anchored assets in the U.S. that have performed well during the pandemic.

“We think that a grocery store actually acts more like logistics than it does a traditional retail asset,” said Welch. “Perishable things like food and medicine need to be around humans. That’s been our call on grocery for a long time.”

Central banks have put a lot of money into economies around the world and there’s plenty of available cash.

Welch and Lopez expect current low interest rates to continue for a long time as well as a shift from investing in fixed income to real assets, including real estate.

Welch said institutional capital is waiting for more market clarity and there will be plenty of activity once it has it. Things are moving in the right direction, he noted, as conditions are less opaque now than in the early spring.

“Right now because of the impact on travel, it’s still a little difficult, but that will go away,” Lopez said of raising funds. “The opportunities for real assets and real estate going forward will be spectacular.

“Real estate is the new fixed income in many cases in core funds. It’s one of the classes where the central banks can’t step in and just buy assets.”

Lopez added: “While there will be pressure on returns in the short term, and then probably a period of flatness, it will still look good compared to the other asset classes.”

“With low borrowing costs and low growth rates and lots of capital, I think you’re going to see values elevated for the foreseeable future,” said Kumer.

Kumer said many investors are waiting for pandemic-related distress from companies and buildings before making acquisitions, and there hasn’t been much of that in the Canadian real estate market, which has meant missed opportunities.

“Those groups that are waiting around for the distress to surface I don’t think will ever find it and will regret it.”

“The only place that we’ve seen a lot of distress was in the public markets and that was a good place to take advantage of it early on,” said Lopez. “And there are still some areas where you can.”

COVID-19 caused a slowdown in developments and redevelopments as construction sites went through restrictions or were shut down and developers watched what was happening in the leasing and capital markets.

Now that there’s been a shakeout and there’s a clearer view of what to expect in the next few years, Lopez is optimistic about development picking up again.

“One of our key strategies is to develop in the sectors we like,” he said. “We have the capital and we can do it.”

Kumer said recent announcements of the imminent arrivals of COVID-19 vaccines improved investor sentiment, boosting stock markets and the REITs. Once vaccines are administered on a wide-scale basis sometime in 2021, things are expected to return to where they were before the pandemic.

“There will be bumps in the road depending on the asset and the market you’re talking about, but over time I think we’ll revert back to something that very much resembles what we had in January,” said Kumer.

While grocery stores and other essential retail outlets will continue to perform well, Lopez expects a major upturn in the hotel market post-vaccine and thinks the office and multifamily sectors will recover from the slumps they’ve encountered this year.

Mouchakkaa looks forward to many more people shopping in stores and eating in restaurants once vaccines are administered.

The federal government has spent billions of dollars on support programs through the crisis and the Bank of Canada has been buying the debt that funds those programs to keep the economy running.

“If the government issues a bond and the central bank buys it, it’s the same thing as printing money,” said Lopez.

While the panelists were positive about the government support, they also agreed some of the programs were complicated and could have been more transparent.

“There’s tons of liquidity, interest rates are low, the dollar’s trading well and inflation is well in control,” said Cooper. “I think we’ve done a great job through this.”

“There seems to be a limitless tolerance for government borrowing and spending, and the implications for real estate are fabulous,” said Kumer. “It changes the whole risk profile of your income stream.

“If you own income-producing real estate, you’re basically at no risk of losing the income stream because it’s being backstopped.

“The second thing is that central banks have become the largest consumer of government debt, which keeps bond yields low.”

Steve McLean Commercial Executives National Dec. 4 2020
Steve McLean Business reporter
Steve is a veteran writer, reporter, editor and communications specialist whose work has appeared in a wide variety of print and online outlets. He’s the author of the book Hot Canadian Bands and has taught reporting to college students. He is based in Toronto.