Canada’s pandemic-weary economy is poised to “take off like a rocket” in the latter part of 2021,... 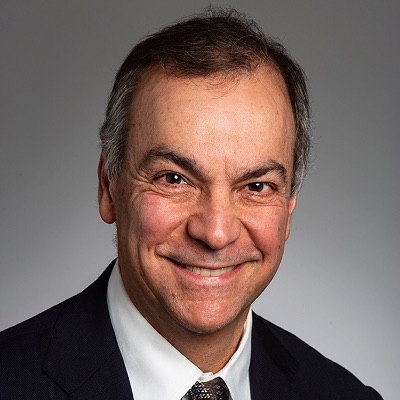 Canada’s pandemic-weary economy is poised to “take off like a rocket” in the latter part of 2021, according to CIBC World Markets deputy chief economist Benjamin Tal.

Delivering his much-anticipated annual economic update during the opening session of the virtual Real Estate Forum in Toronto, Tal had a message of hope for the more than 1,800 attendees. With a vaccine now on the horizon and two-thirds of Canada’s economy already chugging along in close to high gear, he said the country is poised for a strong recovery.

“Clearly we are seeing the light and this light is not a train, it is a real light,” he said, noting, however, that the next few months could still be quite difficult. “We have to go through the winter. The winter will be tough, we all know that.

“The second half of 2021 will be on fire, I believe. This is the time to position yourself to take advantage of this type of rally; economic activity we haven’t seen in a very very long time.

Tal built his argument on a combination of many factors.

Many factors point to strong recovery

In addition to the pending arrival of a vaccine, or vaccines, is the experience factor. Canadians have had eight months to learn how to live with the COVID-19 pandemic and that has allowed most of the economy to remain open so far during the second wave.

“We know how to deal with this environment more productively relative to March. Confidence, clearly, seeing the light means many of you will start taking (financial) risks, now compared to the summer of next year.”

He said while impacted areas of the economy such as retail, service and travel have been hit very hard, the damage is limited.

“The damage is very deep, but it’s also very narrow,” he noted. “Two-thirds of the economy is already in a full swing recovery.”

As well, because of the nature of the damage, when the pandemic is under control “it is much easier to open a new restaurant than it is to open a new manufacturing facility.”

The Canadian government is also leading the world in its spending, compared to the GDP decline, to buoy the economy. While labour income is down about two per cent, government transfers have increased by 50 per cent, he said.

Tal estimated this and other factors have created a massive pool of money sitting in bank accounts waiting to be spent – about $90 billion in private households and $80 billion for businesses.

“Together, $170 billion,” he said. “Money that is there, and all those households are dying to spend this money . . . that is the biggest stimulus you can get.

“This economy will take off like a rocket in the second half of 2021. We have so much pent-up demand and we have the ability to finance it vis-a-vis excess cash that is sitting and doing nothing.”

Canada must be “player” in U.S. recovery

Tal also noted the results of the U.S. election will factor into Canada’s recovery.

He said Canada must position itself to share in the benefits of a massive stimulus expected to be injected into infrastructure projects by the incoming Democrats, which will be a key to its own economic recovery.

“(Incoming president Joe) Biden is talking about buy America. We have to convince him actually to buy North America.”

Although he said the Keystone pipeline could be in jeopardy, Biden is expected to take a harder line on fracking, which could mitigate any potential impacts to Alberta’s oil patch.

Biden is also likely to create a more united front to battle China on trade issues — a front likely to include Canada and Europe – rather than a solo battle. Tal said Canada is going to be forced to choose a side in what he calls a trade Cold War.

“When you are in a Cold War, you have to choose a side. We know where we are,” he said, noting the Liberal government’s attempts to foster more trade with China and other countries have either fallen flat or had limited success. “Our reliance on the U.S. will rise.”

One drawback of having the Democrats in power, however, is that the U.S. will once again open its borders (once the pandemic is under control) to immigration. That means Canada will need to compete for the brightest and best, he said.

He said good retail will also survive and prosper, noting that as soon as lockdowns ended, people were eager to return to stores, restaurants and other such venues despite a host of pandemic-related restrictions and concerns.

Yes, e-commerce will grow, but he expects bricks-and-mortar retail to retain an important role.

“People said over the first six months of the crisis, (e-commerce) gained 10 years in market share, which is true. But in the last five months we lost five years. It is exaggerated.

“Quality will be the dividing line. High-quality, good experience will benefit and do extremely well.”

Observing these trends has led him to conclude that while much is changing, much will remain the same.

“Clearly the economy is being transformed but when the fog clears, everything will look very, very familiar,” he predicted.