The amount of office sublease space on the market in downtown Toronto has quadrupled during 2020... 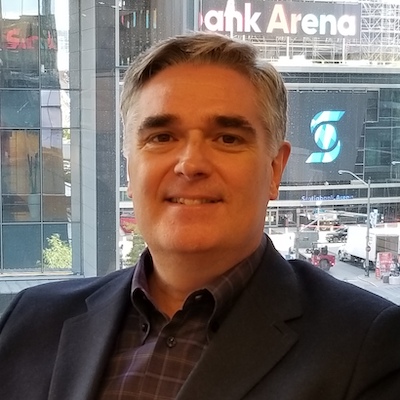 The amount of office sublease space on the market in downtown Toronto has quadrupled during 2020 to almost 2.5 million square feet, and there’s no short-term turnaround in sight.

Across the Greater Toronto Area (GTA), office sublease space on offer has more than doubled this year to over five million square feet.

Argeropoulos wrote about the trend in a recent blog post and expanded on his analysis of the peaks and valleys from three past availability cycles in an interview with RENX.

“At the very beginning of the process, people were reluctant to put space on the sublease market because they didn’t know what the outlook was going to be like,” said Argeropoulos, who believes many companies were caught off guard by the length of the COVID-19 pandemic and the slow return of employees to offices.

Sublease space may appeal to some tenants because they can often get shorter and more flexible lease terms. Also, if they can take over space that’s already built out, they’ll save on related capital costs.

Companies have realized if some or all of their employees can work from home until the COVID-19 crisis clears up, they might as well try to relieve themselves of excess space and earn revenue through subleasing. However, lease-up of these spaces has been slow.

“However, I think the scales will likely tip in the tenants’ favour as more larger blocks hit the market, forcing some landlords to adjust their pricing.

“I think that will come, but given that the majority of the real estate in downtown Toronto is held by well-financed institutions, they’re willing to weather the storm a little bit and not necessarily give up on the rates yet.”

Where sublease space is coming from

“The piece of the pie that we’re closely watching right now is in that greater-than-20,000-square-feet range,” said Argeropoulos. “That number, which we’ve been following over several months, is in the five per cent category.

“Once we see that number rising, then I think there will be pressure on landlords to perhaps come off because they’re going to be competing with larger blocks of space, which can then be used as leverage to drive down rents.”

Argeropoulos said sublease space on the market now is coming from a range of business types, including technology, financial services, telecommunications and professional service firms.

“Even within the technology sector, it’s not just startups. It’s also established blue-chip technology companies that have decided to reduce their footprint — some on a temporary basis and some on a more permanent basis.”

Looking to the past for possible answers

Argeropoulos said there was no relationship between the rate of sublease availability take-up in the last three peak-to-valley cycles, spanning 20 years, in either downtown Toronto or the GTA as a whole.

For the current GTA office sublease market to return to its previous valley by the end of 2023, 256,000 square feet of take-up per quarter would be needed. That wouldn’t be far beyond the fastest take-up rate seen in the last 20 years.

Downtown, however, the necessary figure would be 159,000 square feet per quarter. That would be double the fastest rate recorded in any peak-to-valley period during the last 20 years.

Significant pent-up demand would be required, especially given the amount of new office space which will be delivered downtown between now and 2024.

In its just-released Canada 2021 Forecast report, Avison Young notes about seven million square feet of new office space is being delivered in 2020 and 2021 in the GTA. That report predicts a slightly higher 7.2 per cent overall vacancy rate for GTA office space in 2021 (it was 6.6 per cent at the end of Q3 2020).

Much of that new space is already pre-leased, but companies that have made those commitments may realize they don’t need all of it and look to the sublease market to take them off the hook.

Companies moving into new offices will also make significant backfill space available. Much of that could come from major banks, especially CIBC, and Infrastructure Ontario, as it moves back into its former buildings which have been under renovation.

“Rumours are that that Infrastructure Ontario space could be as much as an additional million square feet of availability perhaps coming on the market,” said Argeropoulos.

The City of Toronto has also announced it will implement a workplace modernization program, which includes both leased and owned facilities. That could reduce its office space footprint and introduce up to another million square feet to the sublease market.

“Heading into this crisis, Toronto and the downtown market in general was very, very tight and we couldn’t wait to get some availability to come online so we could transact,” said Argeropoulos. “But no one saw this amount of space coming back.”

Argeropoulos is concerned office demand has dried up and the newly available space isn’t moving.

It’s not yet panic time, he added, but smaller landlords or those with near-term risk due to lease rollovers are in an unenviable position.

“Once there’s greater clarity, the pent-up demand that’s waiting will definitely start to eat up the space,” said Argeropoulos. “How quickly is another question.”

Mario Toneguzzi Commercial Legal Calgary Nov. 18 2020
Steve McLean Business reporter
Steve is a veteran writer, reporter, editor and communications specialist whose work has appeared in a wide variety of print and online outlets. He’s the author of the book Hot Canadian Bands and has taught reporting to college students. He is based in Toronto.