“You can’t build a culture from the kitchen table.” This was a recurring theme during last week’s... 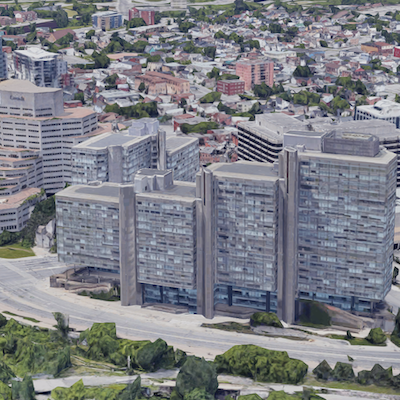 “You can’t build a culture from the kitchen table.”

This was a recurring theme during last week’s Ottawa Real Estate Forum as participants discussed the continued role of the traditional office.

During a one-on-one session, they discussed how the pandemic and its aftermath will impact real estate use by the federal government.

Beyond the immediate focus on safety protocols, the big question for Déry and his team is how people will want to continue to work after the pandemic has passed. He said the technical challenges of having tens of thousands of workers suddenly start working from home have largely been worked out.

“Our colleagues in the IT department have done about three years of work in about five months,” Déry said.

When government workers return to offices . . .

On the one hand, the first seven months of the pandemic have proven how many (or how few) public sector workers need to be on the premises to get the job done. Depending on the department, this ranges between 10 and 30 per cent of the workforce.

On the other hand, to accommodate all 148,000 federal public servants who live and work in Ottawa and Gatineau with social distancing measures in place, the current amount of commercial space occupied would have to double.

Either way, the amount of real estate in question is no small number. The federal government occupies some 42 million square feet of space in the National Capital Region spread across 90 departments.

Of this, 35 million is office space, spread across 315 locations. About 40 per cent of this space is leased from private-sector property owners, while the rest is owned by the Crown.

This footprint is equal to about half of all the private sector inventory on the local market, Smith observed.

Mix of office and work from home

Smith and Déry agreed that work from home or the office will not be an “either/or” proposition. The prevailing expectation among industry experts is that we will see a hybrid model become the norm – providing people with the flexibility to split their time between both options.

It all comes back to that basic human need for in-person interaction. Not to mention how problematic it becomes to integrate new hires into a team or support their professional development solely from the opposite end of a video call.

For Déry, a year or two of disruption from the pandemic doesn’t change his team’s focus on the long-term plan already in motion. The already stated goal is reducing the Government of Canada’s overall footprint across the country by 25 per cent.

“I am not sure 100 per cent what after-COVID will look like, but before COVID, we had an overall plan over 25 years as we renovate and recapitalize our portfolio.”

The pandemic, Déry added, has accelerated the process. His team is continuously engaged with each federal department about their current and expected usage requirements as leases come up for renewal.

This is coupled with an “aggressive agenda to move our buildings to carbon-neutral, and how do we work with private industry to do that,” Déry said.

One such public-private effort is to reduce greenhouse gas emissions from federal buildings, which account for roughly 80 per cent of the federal government’s total GHG emissions in the NCR.

In addition, the federal government remains committed to creating more modern and collaborative workspaces under the GCworkplace initiative.

These goals require new space, renovation of existing spaces, swing space and in some cases, disposal of aging assets that are simply not worth renovating.

Despite the uncertainties of the pandemic, all this means PSPC isn’t applying the brakes on new net-zero carbon projects meant to replace aging stock.

This includes 599 Tremblay Rd. In fact, Public Works Canada forged ahead at the end of April with an RFQ for this 1.6-million-square foot site, which is expected to house some 8,000 public servants.

Meanwhile, Déry said his team remains focused on keeping the lights on and maintaining safe and socially distanced workplaces, ready at all times for a return to the office.

“Our objective today is every morning we look at the stats and ask, ‘Where are we?’ ”

In other government-related news from the Ottawa Real Estate Forum, Tobi Nussbaum, CEO of the National Capital Commission, provided an overview and update of the LeBreton Flats redevelopment.

Just a week prior, the NCC had announced it would, within weeks, release a “request for qualifications” to develop the Library Parcel of the massive site. This one-hectare parcel lies just east of the Pimisi LRT station, adjacent to the future location of the new main branch of the Ottawa Public Library.

The NCC wants to see a variety of housing options in this parcel.

“We are making it happen,” Nussbaum said.

He made no suggestion the pandemic is leading to any delays for the site.

The new Building LeBreton redevelopment plan comes after decades of delays and restarts – including the most recent falling out between the partners behind the previous Rendezvous LeBreton plan.